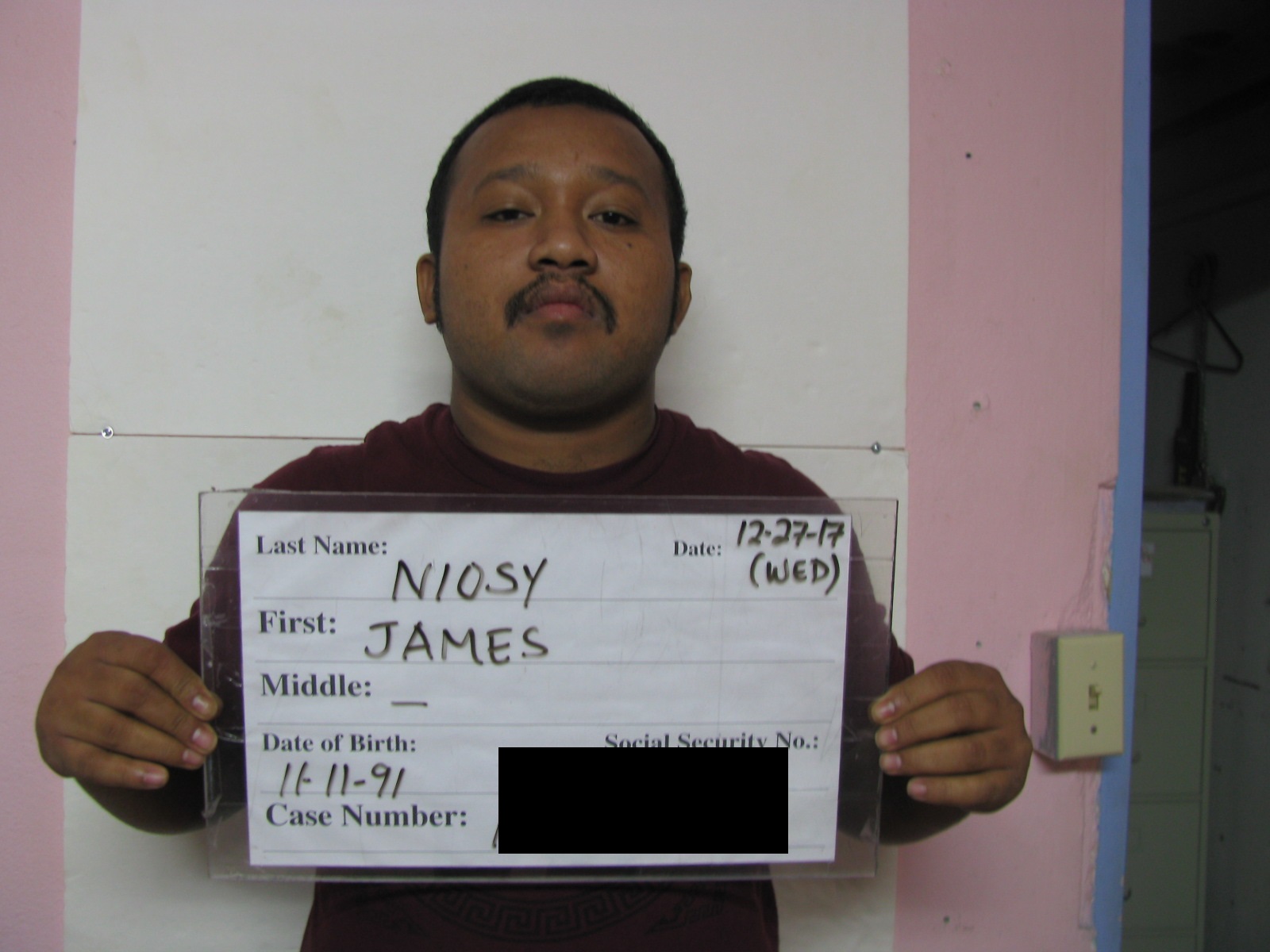 James Niosy is the same man who allegedly faked a child abduction to expedite the search for his stolen car.

Guam – Remember the father who allegedly faked a child abduction in order to expedite the search for his stolen car? He’s landed back in jail on felony child abuse charges and his daughter will now need to undergo surgery.

It was at the beginning of the year that James Niosy phoned in a child abduction after his car was apparently stolen from a mom and pop’s store in Dededo. Police later discovered that Niosy’s daughter was never in the car to begin with and that the father had made the whole thing up because he thought the kidnapping complaint would get him results faster.

Well now he’s back in jail and his daughter is in the hospital.

On December 26, 2017, Niosy, according to court documents picked up his 1-year-old daughter from his mother’s house at 3 p.m. About 45 minutes later Niosy brought his daughter back, but something was not right.

The girl’s grandmother noticed that the toddler was not able to walk, run or play as she had done less than an hour prior.

That’s because, according to court documents, the toddler girl had a large bruise and swelling on her right side of her forehead, her nose was bleeding, she had redness on her cheek and her left thigh was swollen. Court documents further state that the toddler would cry in pain when her leg was touched.

The little girl was taken to the hospital where doctors informed the grandmother that her left femur was broken and that she would require surgery.