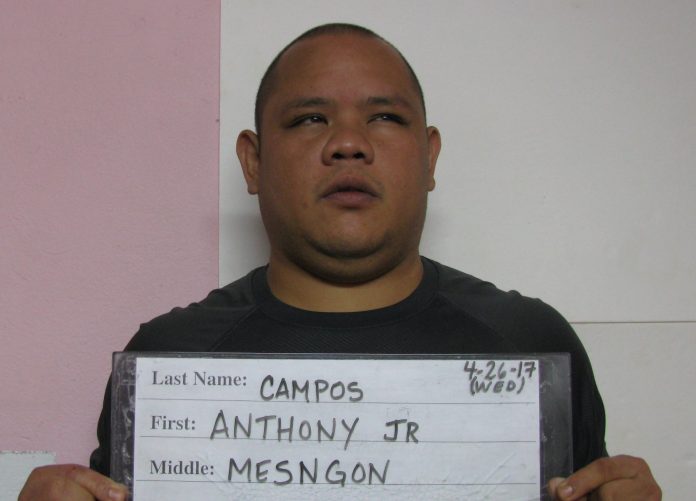 The man allegedly ordered his wife to choose for him whom of his two children he should kill.

Guam – A father is behind bars for threatening to kill his own children and at one point, police say he even held a pair of scissors at his 6-year-old son’s neck.

Anthony Mesngon Campos Jr., 31, was charged with felony terrorizing and family violence. According to a magistrate complaint, Campos made the death threats while he and his wife were arguing.

“During the course of the argument, the defendant obtained a pair of scissors and held it to the neck of their son,” the complaint states.

Campos’ wife also told police that her husband then ordered her to choose who Campos should kill, their son or daughter. The report says that when his wife couldn’t choose, Campos threatened to kill both his children.

Campos’ wife contacted police while her husband was asleep. He was later booked and confined.