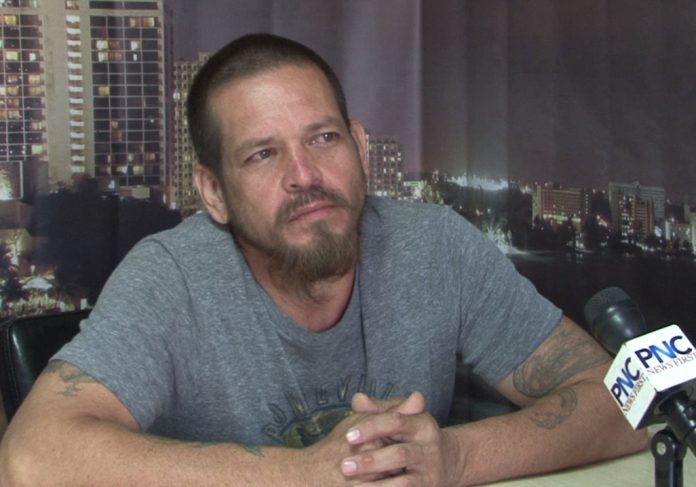 “If I didn’t say anything, they would’ve just swept it under the rug,” said Gary Guile, the parent who alleges his 5-year-old autistic son was abused by his Price Elementary School teacher.

Guam – The Guam Department of Education has closed three internal investigations for the Price Elementary School teacher accused of child abuse. Yesterday, Acting Superintendent Joe Sanchez told us the investigative findings were “unsubstantiated.” But Gary Guile, the concerned parent who reported the allegations of child abuse to both the police and GDOE says he disagrees with the results.

The alleged incident occurred January 18th when Guile went to pick up his son from school. He said he found the Price Elementary School teacher standing in front of his son, visibly upset. The teacher told Guile that his son had an outburst and trashed the room, but Guile said nothing seemed out of place.

“I just see my son sitting in the chair with a strap over his lap and underneath the two armrests of the chair and tied to the top to where he can’t get up or anything. So I asked the teacher ‘because he did all of that, you tied him to the chair?’ And she said, ‘oh no he did that to himself, he took the strap off the wall and came down on the chair and tied himself’,” he recalled.

Guile said he then pressed the teacher further and asked, “So, he sat down on his own free will and sat there long enough for him to pee on himself?”

It wasn’t until Guile found what appeared to be scratch marks on his son’s arms when he says he decided to file a report with the school administrators.

But what happens next, Guile says, was the biggest letdown. He was told that the school would file a report with the police and they also assured Guile that they would speak to Head Start officials directly. But when he followed up the very next day, he said none of that was accomplished.

Guile added that if the teacher’s account of the incident were, in fact, true then why wasn’t he notified when this happened?

Chris Anderson, the Administrator of Student Support and Services said GDOE has since reviewed the Head Start procedures involving the controversial use of straps along with the chair in question –something Guile says should’ve already been crystal clear for every Head Start teacher in the beginning. Anderson adds that straps are not supposed to be used without the parent’s consent, but Guile says he was never informed of the chair or the straps beforehand, revealing a lack of Head Start training at Price Elementary.

“I believe there is a uniform standard of protocol but I don’t think anyone of them follow it. There could be a lack of proper training. A lot of it, to me, I believe is the individuals themselves,” he said.

All Gary Guile wants for his autistic son is to give him a head start in his educational career. He believes that’s what the Head Start program intended to accomplish for special needs children under the Department of Education. But in light of recent events, he feels his son was robbed of a proper experience.

“The way I see it is, as parents, the way we entrust our kids into the school system is for the main purpose for our kids to get these stepping stones in life so that they can be better at what they want to do in life. I feel that, us parents, when we’re entrusting them with our kids, we’re being let down. We’re putting all our efforts into the school system for them to do right for our kids and they’re doing wrong. They’re not doing what they’re supposed to do,” he said.

Although the investigations are officially closed at GDOE, the results from the findings at GPD and Guam Legal Protective Services are still pending.