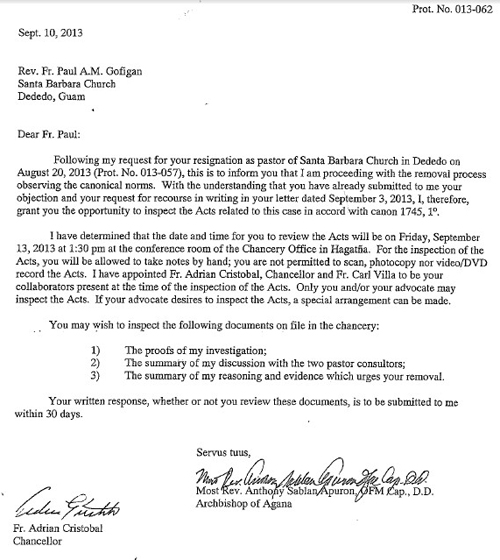 Guam – Father Paul Gofigan is calling on Archbishop Anthony Apuron to officially restore him to his office as pastor of the Santa Barbara Church in Dededo since the formal process for removing him has only just begun.

Father Gofigan and the Archbishop exchanged another set of letters this past September 10th and 13th [see below] over the Father’s status in the Archdiocese of Agana.

In their most recent exchange,  the Archbishop writes to Father Gofigan on September 10th saying that  he is “proceeding with the removal process observing the canonical norms.”  And the Archbishop advises the Father that he can come to the Chancery and inspect the documents related to his decision to remove him.

Father Gofigan has hired a cannon lawyer, Father Adolfo Dacanay, to represent him in the dispute. He has told PNC News that his Canon rights as a Priest have been violated.

In a September 13th response to the Archbishop, Father Gofigan writes that he understands that the Archbishop has already told his Canon lawyer, Father Dacanay, that he [Father Gofigan] has not been removed as pastor “as is evident by the fact that the process for removal is in progress.”

A “surprising” admission for the Archbishop to make since, as Father Gofigan writes, the Archbishop on July 16th designated a parochial administrator to take over his Parish and locked him out of the Parish Offices.

Earlier, in a July 16th letter [see below], the Archbishop called on Father Gofigan to submit his resignation for allowing a convicted sex offender to continue his association with the Santa Barbara Church after he had been ordered to terminate the man in 2011. The Archbishop accuses Father Gofigan of causing “grave harm to the parish by allowing such an individual with a publicly known sex-offense record to work in the Church, thus exposing him to your parishioners, especially the youth.”

Father Paul Gofigan has refused to submit his resignation saying that he did comply with the Archbishop’s instructions to fire the man in 2011, and that the man merely continued as an unpaid volunteer at the Chruch.  Father Gofigan has defended the man’s association with the church saying the crime he committed occurred 32 years ago and involved an adult, not a child. Father Gofigan told  PNC  News in July that the man “has since repented” and expressed “his desire to come back to the Church.” 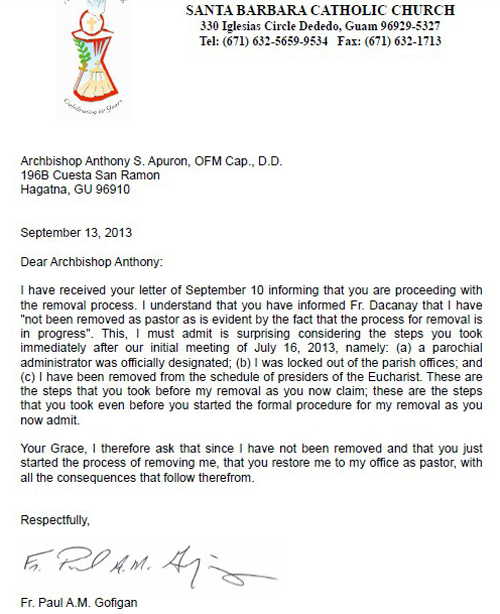 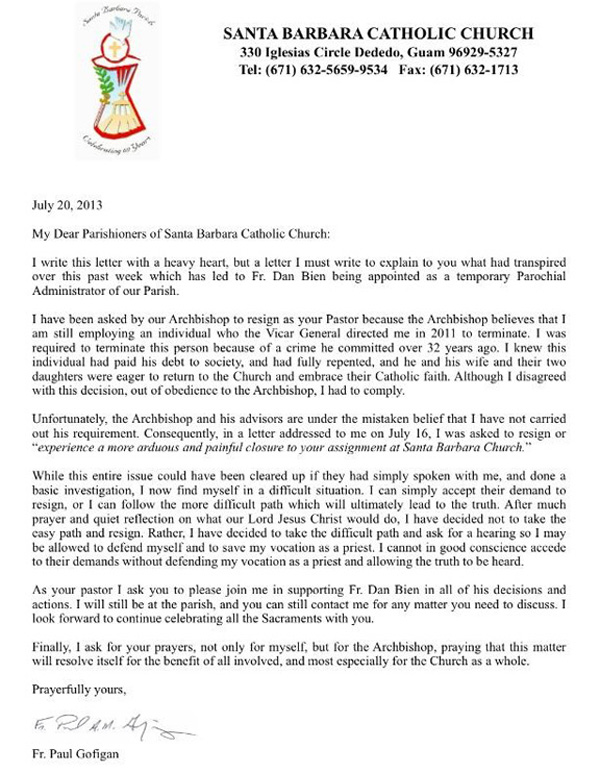 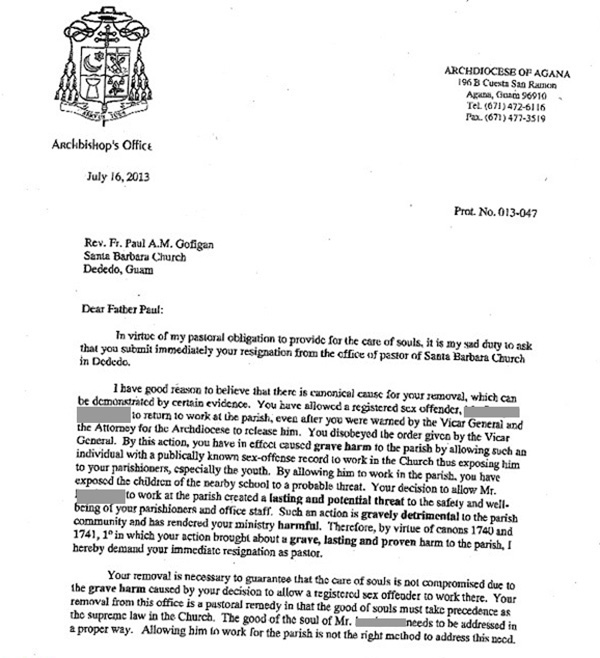 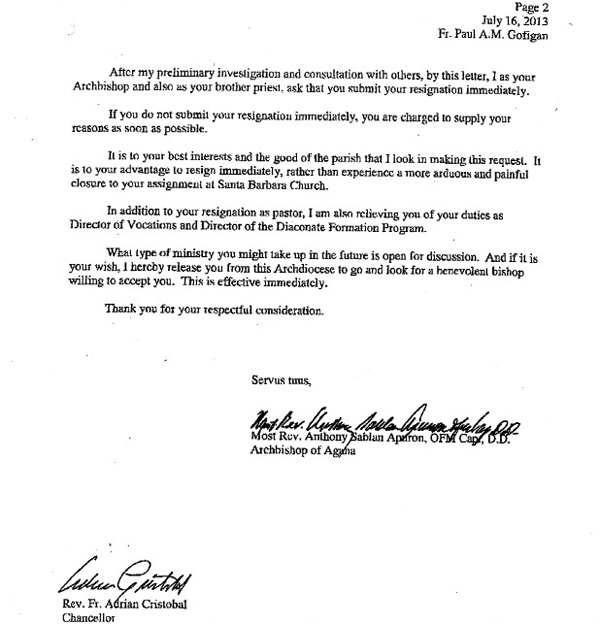 chbishop Anthony Apuron demanded Father Gofigan’s resignation after learning that the man was still serving in a volunteer capacity, 3 years after he had ordered Father Gofigan to fire the man who was then working as a maintenance employee at the Church.