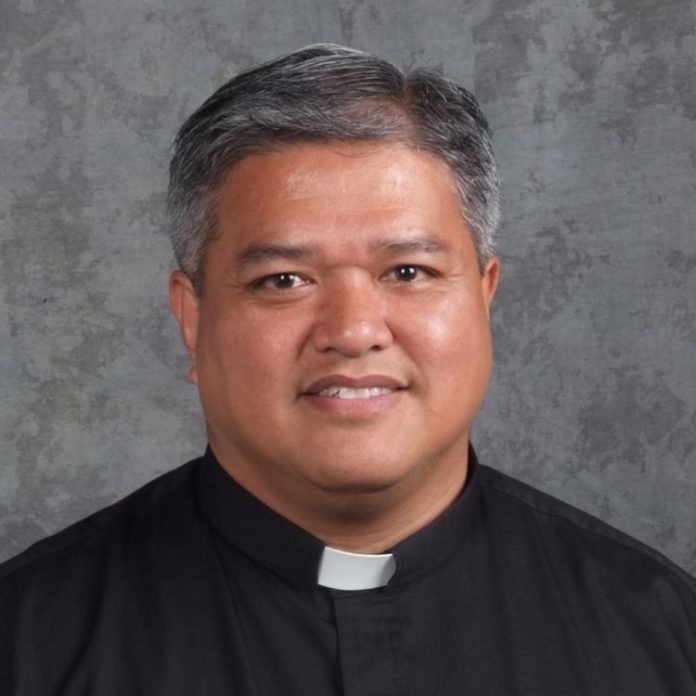 Guam – One priests are weighing in on the sex abuse scandal that hit the Catholic Church, but not to take sides. Father Jeff San Nicoals is offering a sense of hope and a perspective for those caught in the middle.

The community has heard from both sides of the sex abuse scandal. The victims who say they were molested at the hands of the archbishop himself, those who have criticized him for a flawed sex abuse policy and then there’s the archdiocese calling the allegations rumors and part of one big conspiracy to overthrow Archbishop Anthony Apuron.

But there are also those stuck in the middle. Father Jeff San Nicolas, who is the principal at Father Duenas Memorial School, spoke about the recent scandal, to offer some reassurance to all catholic faithful.

Father San Nicolas got emotional as we asked him to weigh in on the seemingly political divide within the catholic church.

“I acknowledge the political dimensions to all of this. No doubt it’s there. But I prefer to see it the way I truly do see it in my heart is that we are family,” Father San Nicoals says.

“So no matter which side–excuse me, I’m also just very emotional,” he noted as he tried to hold back tears, “but we are family and no matter which side of the fight that might be taking place in a family, there are people who are in the sidelines who watch, people that they love on both sides and what they desire is that there be healing.”

As for victims of abuse Father San Nicolas said a special mass for them last Friday, he tells us, on the Feast of the Sacred Heart.

“I just fel that it was so appropriate on that day, very symbolic on that day to let all victims of abuse, not just this situation, if it were true, but any victim of abuse. Because what is happening in our island right now, it’s bringing a greater awareness, it’s bringing back bad memories and all sorts of things that I know people are reliving because of what’s happening now,” he points out.

While Father San Nicolas emphasizes that he is not taking sides and believes the accused is innocent until proven guilty, he agrees that the archbishop should step aside when he is the accused.

“The accused somehow needs to step out of the system of evaluation or investigation and that’s just objective with any kind of investigatory policy, and apparently that is lacking in the church,” explains Father San Nicolas. “Even myself, I’m the principal here at Father Duenas. If I ever got accused, it would be ridiculous for me to be the end all and be all of deciding my innocence or guilt. As a leader of the school it would be best for me to step aside and let other people decide on the validity of any accusation.”