Guam – (Friday November 8) – FB Leon Guerrero Middle School was on lock-down briefly this morning after a foul odor, thought to be LP gas, was smelled by school officials.

GFD Spokesman Lt. Phil Camacho says the 911 call came in at 911 reporting that the smell was strongest by the cafeteria.  The cafeteria and adjacent building were evacuated as a precaution.  He said all other students were kept inside while the Hazmat unit checked for the source of the leak. 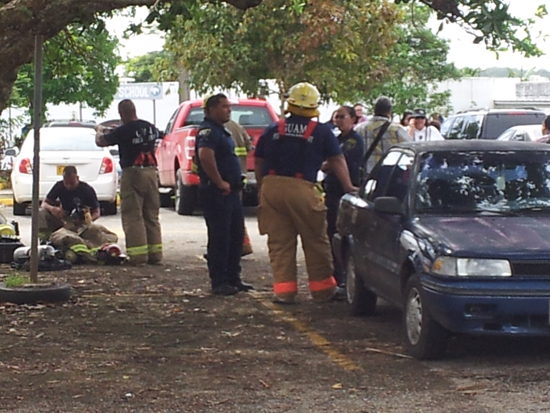