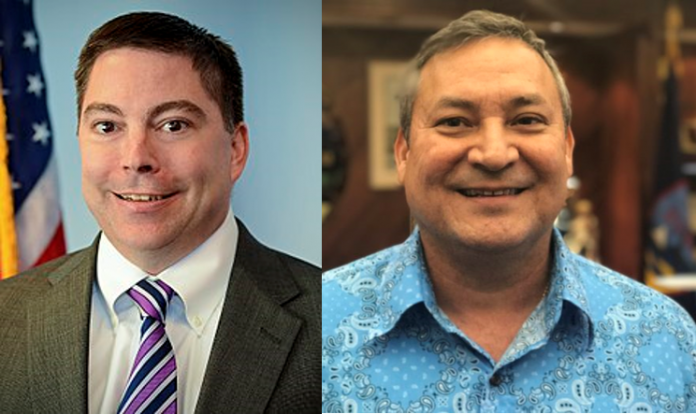 Guam – Where has the E-911 money gone? Following multiple attempts by the Federal Communication Commission to gain answers from Governor Eddie Baza Calvo and no response, the FCC has issued another letter demanding Adelup cease and desist the raid on the Emergency 911 special fund.

The 911 Act was enacted on October 26, 1999 to enhance public safety by encouraging and facilitating the prompt deployment of a nationwide, seamless communications infrastructure for emergency services that include wireless communications.

Two decades later and Guam is still behind the curve in the nationwide push for the next generation E-911 system with Guam Fire Department has spending years in the procurement process to bring the system up to date. All this while the special fund for the 911 system was raided for for nearly four years.

While the cost of upgrading the Emergency 911 system is expected to cost about $2.5 million and $400,000 a year to maintain, money has been funneled out of the special fund to the tune of nearly $4 million, according to GFD Deputy Chief Joey San Nicolas.

The kicker San Nicolas revealed was that it was done out of compliance with federal statute, a grave concern for Federal Communications Commissioner Mike O’Rielly who sent multiple letters to the Governor’s Office demanding answers.

The latest letter from O’Rielly indicates that the Governor’s Office did response to his February inquiry about Guam’s 911 fee diversion practices and request for information relative to the diverted funds.

According to the FCC, Guam has only self-reported data in 2009 and 2012, failing to report the nearly $4 million transferred out of the fund between the years of 2014 to 2017. San Nicolas has told senators that filing reports to the FCC is not required and must only be done when the FCC sends an inquiry.

“The allocation of 9-11 collected fees must not be corrupted by governments diverting funding for other purposes, which ultimately undermines public confidence and the overall integrity of these systems,” wrote O’Rielly.

For these reasons, he says the FCC is charged with examining whether the 911 fees collected from consumers are used solely for their intended purposes.

That raises the question, what loophole, if any, allowed this to occur?

The Governor’s Office, in response to the FCC, cites Section 13, Subsection 22 of the 2017 Budget Bill or PL 34-42 authorizing the appropriation of monies contained in special funds to be utilized in FY2018 for purposes not related to the fund. However, section 13 also indicates that spending of the accumulated funds must be in accordance with statute. It appears that the law cited does not apply to the years in question, specifically 2014 to 2017.

Despite this and the assertion made by GFD Deputy Chief San Nicolas, Adelup is adamant that the transfer of fees was made within the parameters of both federal and local Guam law.

Meanwhile, according to local authorities, the current E-911 system in place lacks the ability to utilize “ping location” or location tracking, which involves utilizing cellphone towers to locate a wireless cell phone device.

You may recall, last week, a 911 call was received from an active shooter suspect but because of the lack of ping location, authorities had to obtain a search warrant for the cell phone number used to locate the suspect.

While the suspect was caught, the question remains, could the suspect have been located sooner with an updated Next Generation 911 system?

This is not the first time a probe into the misuse of E-911 funds has been launched. In fact, in 2011, more than $200,000 was allegedly spent on other purchases not directly related to the 911 system.

Despite concerns from the FCC that the special funds have been raided for years, the Governor’s Office says the purpose of the Wireless Communication and Public Safety Act of 1999 is “absolutely being met,” adding that the procurement for the system is being reviewed by the AG’s Office.