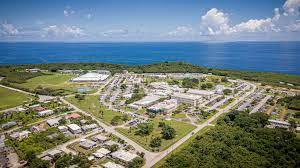 The University of Guam’s Fiscal Year 2021 audit revealed much of its revenue and increase in net position had come from federal grants, according to the Office of Public Accounting.

Independent auditors Deloitte & Touche, LLP reported that about $57.5 million in revenue had come from federal grants and contracts, according to the OPA. For perspective, the University’s total revenue in FY2021 was $114.8 million.

In FY2021, the University of Guam suffered reductions from Government of Guam appropriations and a decline in enrollment, which the OPA attributes to the pandemic.

Notably, legislation that would have granted UOG 10 million dollars for its School of Engineering is currently under contention because its funding source was the 2021 Earned Income Tax Credit. However, as PNC previously reported, the Government of Guam received the 2021 EITC as an advancement rather than a reimbursement. In short, the 2021 EITC is not a legitimate funding source, which has caused senators, namely Senator JoAnne Brown, to question their support of the bill.

Brown points out, “I don’t think anyone’s going to argue about the need to upgrade and improve and certainly expand the capacity of the University. But is this real money? I really don’t know that this is real money, and I think until I have a sense that it’s real money, I’m not going to sit here and say, ‘Yes, I’m all for it, and let me cosponsor this bill and let me vote for it!’ I want to deal with the realities of funding, ’cause you have paper money and you got legislation that tries to create money, but unless you actually have it in the bank, and it’s there, and it’s tangible–I don’t want to create false hope.”

Nevertheless, according to the OPA, “UOG’s change in net position increased from a loss of $2.8 million in FY 2020 to a gain of $5.6M in FY 2021.” The OPA now reports the University has a negative net position of approximately $97.5 million dollars.

The OPA attributes the change in net position to COVID-19 federal grants, increased grant activity, and strict budgeting. In other words, the improvement is primarily due to the relief funds.

Furthermore, the OPA reported the University’s “total revenue increased by 18%, from $97.5 million in FY to $114.8M in FY 2021.” Almost half the revenue came from federal grants and contracts. Almost a third came from GovGuam appropriations. Student tuition and fees contributed only 11% to net revenue.

Meanwhile, Deloitte identified one significant deficiency pertaining to the initial omission of $5.9M in FY 2021 federal expenditures passed through from GovGuam for the Assistance Listing Program 12.600 – Community Investment for the construction of the GCR in the Schedule of Expenditures of Federal Awards.

At the end of its report, the OPA congratulated UOG for being a low-risk auditee for the seventh year in a row.

To read the full audit, the OPA encourages the public to visit its website at opaguam.org.