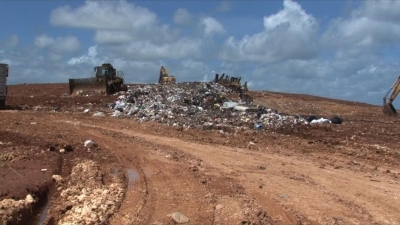 Chief District Court Judge Frances Tydingco-Gatewood says the proposal was raised earlier this year and even then, several questions about the proposal were never answered.

Guam – Federal Judge Frances Tydingco-Gatewood issued various orders on the Solid Waste Consent Decree and weighed in on the controversial proposal to dump asbestos into the Layon Landfill, ordering the Guam Environmental Protection Agency to submit a plan to federal receivers Gershman Brickner and Bratton on their proposal.

GEPA Administrator Eric Palacios believes that it would save contractors and businesses more money to dump the asbestos on island as opposed to sending the hazardous material off-island.

Although Judge Gatewood did not form an opinion on the proposal, she pointed out in court documents that there are still many questions left unanswered, questions she says were brought up back in March, but “GEPA has failed to answer all of these questions.”

These include how much waste will be dumped into the landfill, how much space it will consume, what kind of health risks it could pose, and whether or not stakeholders have been consulted.

The proposal has been met with heavy criticism from Inarajan Mayor Doris Lujan, as well as some senators who expressed concern about the health effects of possible exposure to asbestos.

You can read Judge Gatewood’s order by clicking on the file below.