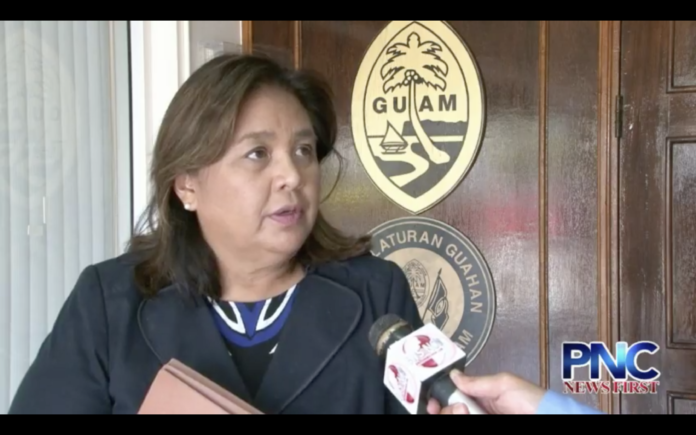 Guam – The United States Attorney’s office will have to answer to allegations of misconduct and possible ethics and civil liberties violations as Chief District Court Judge Frances Tydingco-Gatewood will be filing a complaint, noting that their conduct may have affected the integrity of the court.

In her 24 years as a judge she has never had to file a complaint or referral for investigation against an attorney or office until today.

“I am troubled and mystified by the disparity in treatment by the US Attorney’s Office and how they handle the diversion program,” Judge Gatewood said in court today, alleging that the USAO is not consistent in offering diversion to defendants who are less culpable.

And now she wants answers. Judge Gatewood says she will file a complaint with the Justice Department.

After serious consideration she stated, “I want someone higher than [Acting U.S. Attorney Shawn] Anderson to look at the USAO’s diversion program if it is fair, consistent and how it is handled. I don’t think they are fair.”

The complaint will be filled based on allegations of misconduct by a USAO Employee as she further stated that it appears that even the attorneys don’t have a full grasp of the diversion program and how it is offered to certain defendants and not offered to others.

Gatewood said it is with a heavy heart that she must have them investigated to determine if ethics and civil liberties were violated.

Judge Gatewood’s mission to probe the USAO was brought on by a case involving three men who were scheduled to be sentenced for credit card fraud in her courtroom. Two of the men are 19 years old and first time offenders. Neither of them were offered a diversion plea agreement and according to Judge Gatewood while she can not order the USAO to offer diversion they should have at least been considered for the program.

But this is not the first time that Judge Gatewood has questioned the USAO’s handling of the diversion program. In fact she expressed her discontent in the handling of the multiple G-RAP cases, noting she is baffled by the disparities in the diversion program involving two high ranking reservists with the military. One was offered the program while the other was not.

The complaint has not been filed but it already has effects on court proceedings as Gatewood decided not to sentence Yunkai Lu and Ziwen Weng today. Instead she will wait for the results of the Justice Department’s investigation into the USAO before proceeding with sentencing.

Lu and Weng conspired with a third individual to bring in 118 fake credit card into Guam to purchase luxury items that would be sold in the black market.