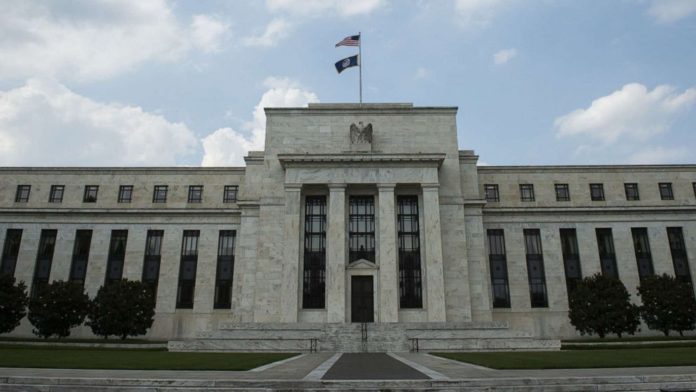 (FOX News) – The Federal Reserve on Sunday slashed interest rates by a full percentage point to near zero and said it would buy $700 billion in Treasury securities, an aggressive step to insulate the U.S. economy from the coronavirus pandemic.

“The coronavirus outbreak has harmed communities and disrupted economic activity in many countries, including the United States,” the Federal Open Market Committee said in a statement. “The Federal Reserve is prepared to use its full range of tools to support the flow of credit to households and businesses.”

The benchmark federal fund rate is now at a range of 0 to 0.25 percent, down from a range of 1 to 1.25 percent. The cut essentially brings the nation’s interest rate to zero — something that President Trump has repeatedly pressed for over the past year.

The historically low interest rates, which not been at this level since the 2008 financial crisis, are expected to remain until the economy recovers from the recent downturn.

“The Committee expects to maintain this target range until it is confident that the economy has weathered recent events and is on track to achieve its maximum employment and price stability goals,” the Fed said in its Sunday evening statement.

The Fed also said that it will buy at least $500 billion in Treasury securities and $200 billion in mortgage-backed securities over the coming months, a program known as “quantitative easing.”

Earlier this month, Powell announced an emergency 50-basis-point cut to the benchmark federal funds rate, sending it to a range of just 1 percent to 1.25 percent. It marked the first time since the financial crisis that the Fed has reduced its key rate outside of scheduled policy-setting meetings.