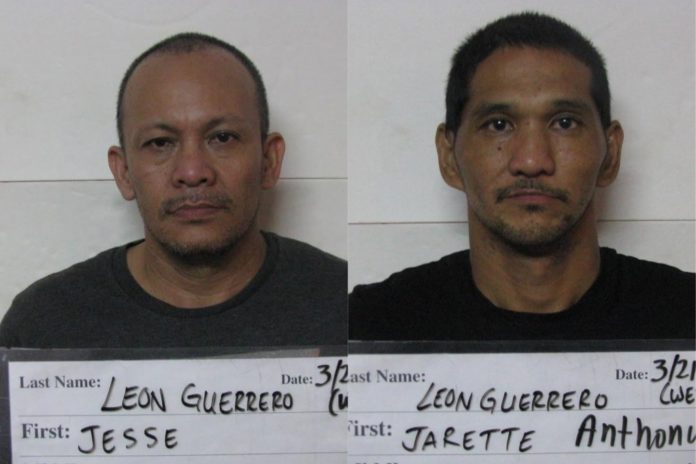 Guam – Two men are behind bars after authorities busted them during a sting operation involving over 114 grams of ice.

Homeland Security explains in an affidavit that on Tuesday this week, a package came through FedEx with suspected crystal methamphetamine or ice. It was addressed to a residence in Hagatna that has been known to have received illegal drugs in the past.

Federal agents removed the narcotics and replaced it with a sham product, sprayed with clue spray and outfitted with an electronic monitoring device that would indicate when the package was opened.

The package was delivered the next morning at the Hagatna residence where Jarette allegedly accepted the package. Later that afternoon, a breech signal went off, indicating that the package had been opened.

Federal agents swarmed in where they found Jarette and Jesse, a woman and two minor children. The woman was cleared after a blacklight test cleared her of traces of the clue spray, however, Jarette and Jesse’s hands lit up under the black light, indicating that the two handled the sham product, according to court documents.

During a raid of the residence, authorities say they also found drug paraphernalia. Both men were booked and confined.