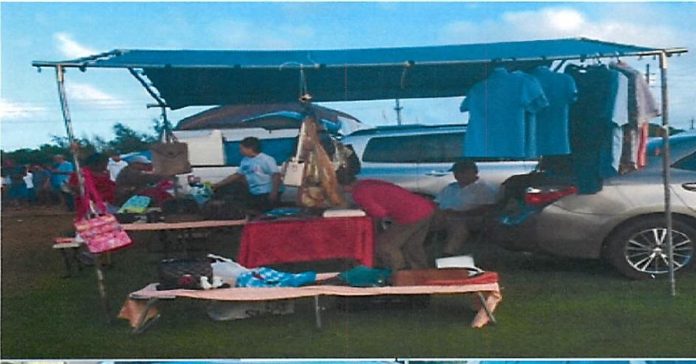 Navasca’s Kiosk, according to authority, was selling counterfeit luxury items.

Guam – Federal authorities seized a number of counterfeit items that were allegedly being sold at the Dededo Flea Market during a raid over the weekend.

A search warrant was executed on a kiosk that was being operated at a booth called Navasca’s Kiosk.

The search warrant shows that items seized include counterfeit luxury items of brands such as Coach, Chanel, Guess, LeSportsac and Salvatore Ferragamo.

Court papers state that the kiosk is operated at the Dededo Flea Market on Saturdays and Sundays.

The search warrant was issued to search for items that are in violation of laws dealing with US trafficking of counterfeit goods.

It’s not clear how much the various fake handbags and sunglasses were being sold for, however, they usually retail between $100 to $2,000.

No other details were provided and no charges have been filed against the kiosk owners as of news time.