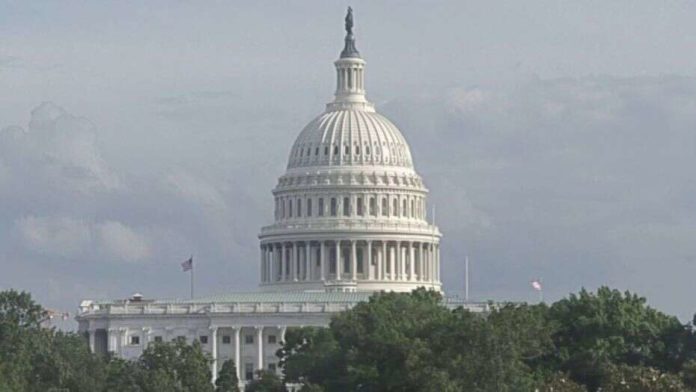 (Fox News) – More than a million stimulus payments totaling nearly $1.4 billion went to dead people after the Treasury Department and IRS, as they sought to get cash out as quickly as possible, neglected to use death records to prevent payments going to the deceased, according to a new watchdog report.

The Government Accountability Office (GAO) report, which looked at how the nearly $3 trillion stimulus package was administered, said that the IRS typically uses third-party data such as death records maintained by the Social Security Administration to prevent erroneous tax refund claims.

The CARES Act, passed by Congress and signed by President Trump at the end of March, provided $1,200 to adults and $500 for children to help reinvigorate the economy after it was largely shuttered in response to the coronavirus crisis. Payments were distributed based on either a 2018 or 2019 tax return, and total payments added up to $269 billion.

But with the economic stimulus checks sent out in April and May in response to the COVID-19 crisis, the Treasury and IRS “did not use the death records to stop payments to deceased individuals for the first three batches of payments because of the legal interpretation under which IRS was operating.”

IRS counsel reportedly “determined that IRS did not have the legal authority to deny payments to those who filed a return for 2019, even if they were deceased at the time of payment.” It also advised “discretion” provided for in the CARES Act (which authorized the payments) to apply the same set of rules to those who filed a 2018 return but not one in 2019.

Treasury officials also cited language in the CARES Act that demanded the payments be made as “rapidly as possible” as to why Treasury and IRS used policies and procedures developed in 2008 for stimulus payments, and consequently “did not use the death records as a filter to halt payments to decedents in the first three batches of payments” in an effort to fulfill that mandate from Congress.

The report said that IRS had implemented a process to use death records to update taxpayer accounts in 2013, and that bypassing that control “substantially increased the risk of potentially making improper payments to decedents.”

The report, citing the Treasury Inspector General for Tax Administration, says that $1.4 billion went to dead people as of April 30.

Treasury officials told the GAO that “upon learning that payments had been made to decedents, Treasury and IRS, in consultation with counsel, determined that a person is not entitled to receive a payment if he or she is deceased as of the date the payment is to be paid.”

Officials then removed such payments starting with the fourth batch of payments and on May 6, the IRS announced that payments to dead or incarcerated people should be returned. However, it said it didn’t plan to take further steps to notify people on how to return them.

It’s unclear what part of that money may have been spent, if relatives or other associates were able to access their accounts for direct deposits or somehow able to cash checks.