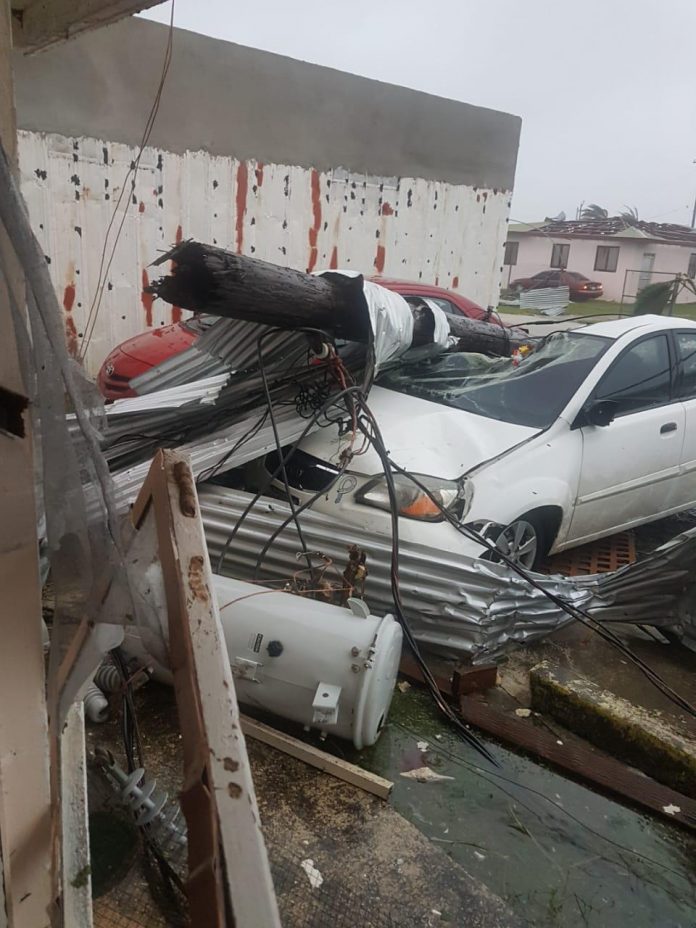 Guam –  Guam is doing what they can to reach out and assist our brothers and sisters in the Northern Marianas.

Guam has dodged a bullet, as Super Typhoon Yutu spared the island from its wrath. Although Yutu is classified as a Super Typhoon stronger than Typhoons Pongsongwa and Paka and comparable to Super Typhoon Karen, the path of the storm as it passed our island put Guam on the outskirts of the severely damaging winds.

While we were fortunate to receive minimal damage the same can not be said for our brothers and sisters of Tinian and Saipan who were in the midst of the super typhoon.

Still recovering from the aftermath of Typhoon Mangkhut, the winds and rains of Super Typhoon Yutu has only brought further devastation. According to FEMA representative Todd Hoose the magnitude of the damages are still unknown.

“I really don’t know I have a number of photos that are just coming in from folks that are on the island of Tinian and also Rota and Saipan. There is a good bit of debris across the roads. I haven’t seen anything specific just general…a telephone poll across the road on the way to the port in Saipan,” stated Hoose.

“We have had very limited communication mostly through satellite phones with our folks. We have about 110 FEMA people on the islands of Saipan Rota and Tinian. They are safe, they are checking on individuals they are working with the Governor and the emergency management of the CNMI, doing everything they can to check on people and ensure their safety,” explained Hoose.

FEMA officials have been boots on the ground since the aftermath of Typhoon Mangkhut and perhaps FEMA officials experiencing first hand the wrath of Typhoon Yutu will provide them with a unique perspective in addressing recovery and response efforts immediately.

“We are obviously pushing forward supplies from here in Guam and the mainland to the islands. We are working with all of our federal partners including the local agencies and everyone else to try to put things together. But one of our bigger priorities is working with CNMI to clear the airfield to make sure we can fly in, we have Coast Guard standing by and a number of our folks to bring supplies,” shared Hoose.

Meanwhile Governor Eddie Baza Calvo expressed his relief that our island was spared but reminds the community that we too can be in the same shoes as the Northern Marianas.

“What happened over there could have happened to us. We are now in an El Nino period and talking to the National Weather Service its going to busy October, November and even December. So what you’ve seen and even the near misses we’ve had, the hits that we’ve had, what has just happened in the Northern Marianas we’re still early in the season. 2018 is going to be a very busy year in terms of storm formations. So we have got to look and ensure for the island of Guam that we are prepared for all types of events including a category five,” stressed the Governor.

Governor Calvo has assigned the Guam Homeland Security team to take the lead in providing assistance to the Northern Marianas.