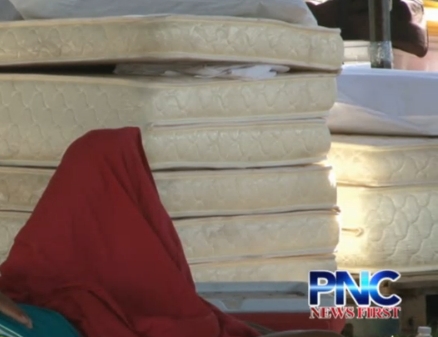 Guam – Since FESTPAC has passed, the leftover beds used by delegations at the schools are going to be donated to local institutions.

According to the Governor’s Spokesperson Oyaol Ngirairikl, the remaining futons are being cleaned and disinfected. Then, they will be donating the beds to local non-profit organizations to help those who are homeless or in need of shelter.

She explains, “As much as possible, we’re not dumping them, I think there might be some exception, depending if they were soiled and if we could get them cleaned enough because definitely, hygiene and health is a concern there.”
Ngirairikl says they also allowed some of the delegates to keep some of the futons.