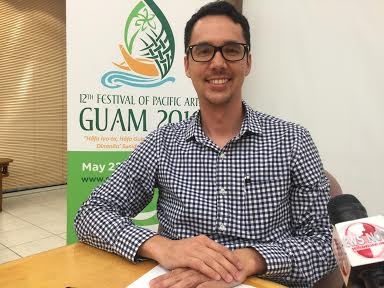 PNC spoke with FESTPAC committee chairman Nate Denight to find out what Guam is doing to prepare.

Guam – FESTPAC is just around the corner in fact it begins in May. Is Guam ready? What are the plans? We spoke with FESTPAC committee chairman Nate Denight to find out.

“FESTPAC is basically the Olympics of Pacific Island Culture and it’s managed by the Secretariat of The Pacific Community,” said Denight.

The Festival of The Pacific Arts is only held once every four years. This year it will be held on Guam. 27 island nations and three thousand delegates will come to the island. “So there will be many many different venues of course Paseo is the main area where all of the main activity will be happening but you know in addition to that Sagan Kotturra right here in Tumon will host some of the events like the body ornamentation otherwise known as tattoo and jewelry making. We also have the museum and UOG theater will host some of those literary arts and performing arts also Sagan Bisita in Agat will be hosting another venue for the dancers,” said Denight.

The delegates will be staying at some of the island’s public schools and school buses will be used to transport them to the different venues.

In addition to the delegates there will be other visitors coming for FESTPAC including the leaders and various VIPS including some of the island’s royalty. “So how many people you think that could be? I would say it’s a two week festival so ten thousand to thirty thousand visitors,” said Denight.

Denight says that he’s confident that Guam will be prepared for FESTPAC but there is still a lot of work that needs to be done and he says they are looking for volunteers. “For the community we’re definitely gonna need everyone’s help we just posted our volunteer sign up sheet so just go to our website festpac2016.com and then on the website you can sign up as a volunteer. There’s a form you can fill out and then we also announce the vendor application we put online so you can download that online,” said the FESTPAC chairman.

Denight says that FESTPAC is largely being funded by Guam’s tourism dollars so it’s a sign that Guam’s tourism industry is also helping preserve and perpetuate Guam’s culture.