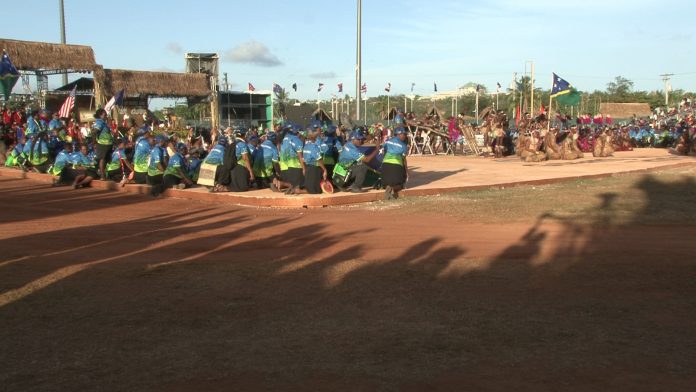 Guam – Meanwhile, as the governor’s office accepts donations as well for FestPac delegates, Governor’s Spokesperson Oyaol Ngirairikl addresses some concerns about the lack of supplies.

In addition to food concerns, a call for blankets have been circulating social media. Ngirairikl explains that each delegate was provided with a mattress, a pillow and a blanket.

So why are there some groups, including Senator Michael San Nicolas asking for donations of blankets? This is one area Ngirairikl acknowledges GovGuam could have improved upon.

“On Guam we’re getting into the hot, muggy, summer days,” says Ngirairikl. “We wanted to make sure that our guests were comfortable and so the rooms that they’re staying in at the schools are air conditioned and we thought the blankets that we provided them were sufficient to keep them warm at night.”

“[I guess we just didn’t realize that the blankets were] not thick enough so we’re working to address that,” she adds.

Ngirairikl says donations can be dropped off at the Guam Homeland Security Office in Agana Heights. You can call 478-0207 for more information.