Honiara, Solomon Islands – As the first week of the 11th Festival of Pacific Arts came to a close, the Guam delegation performed at its first satellite venue on Saturday, July 7, in the village of Doma, on the southern end of the island of Guadalcanal at a mini-village which featured similar leaf huts in a semi-circle along the beautiful coast line.

The delegation was greeted with an elaborate Welcome Ceremony and I Finalai’an took to the stage in their brightly colored costumes traditional Chamorro chant.

A performance by a group of 25 deaf-mute cultural dancers stole the show with their movements as the sign language interpreter asked the crowd to show their applause by waving. The numbers included the young dancers demonstrating coconut husking and grating to the delight of the crowd and a fish dance created by the students. 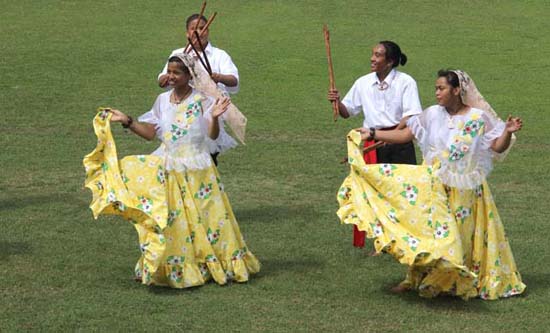 The Governor General of the Solomon Islands paid a visit to the International Village on Friday morning visiting each of the country huts on Friday and personally delivering his message of thanks to each island nation for their participation at the 11th Festival of Pacific Arts in Honiara, Solomon Islands.

On Friday evening, the Fashion Pageant held at the Lakeside Stage featured several countries in their traditional dress. Guam presented looks from all eras of its history along with a display of local icons and legends to include the mermaid Sirena, Santa Marian Camalen, the White Lady of Maina among others. 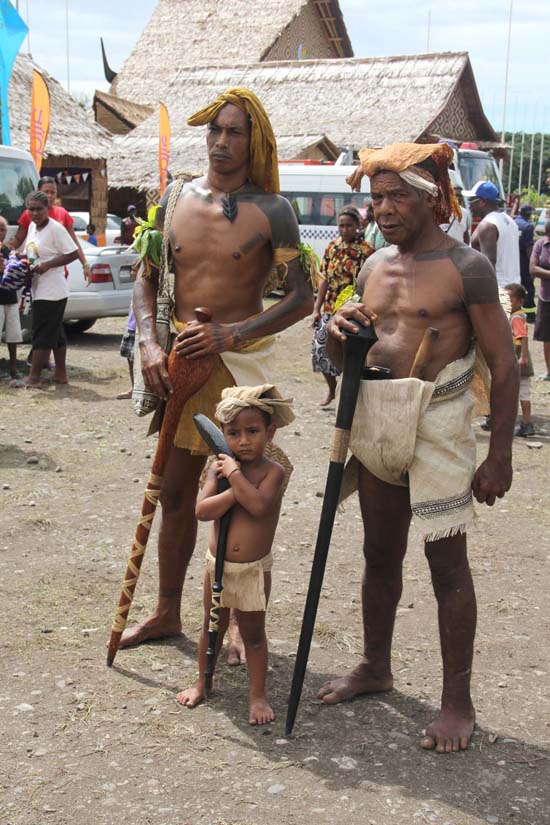 To the delight of both delegates and local residents, fireworks are seen every evening at the Festival Village. The crowds assembling for the performances at both the Lakeside stage and the Pacifika stage number in the thousands every night. Since the early 1970’s during violent political turmoil, fireworks have been banned from the country. The celebration of the Festival is uniting the people in peace, culture and pride, bringing smiles to everyone.

Sunday was a rest day at the Festival and many of the delegations took the time off to relax, explore and prepare for week 2 of the 11th Festival of Pacific Arts. A 3-day Cultural Rights Symposium kicks off on Monday sponsored by the SPC, UNESCO and WIPO. 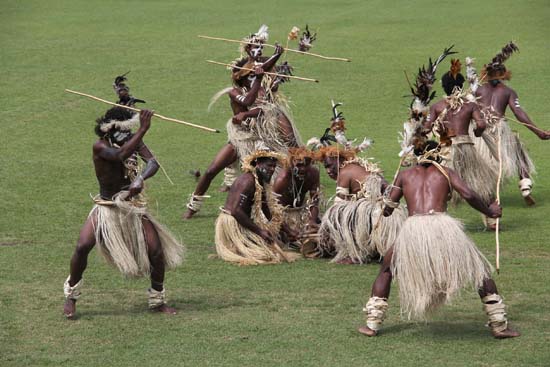