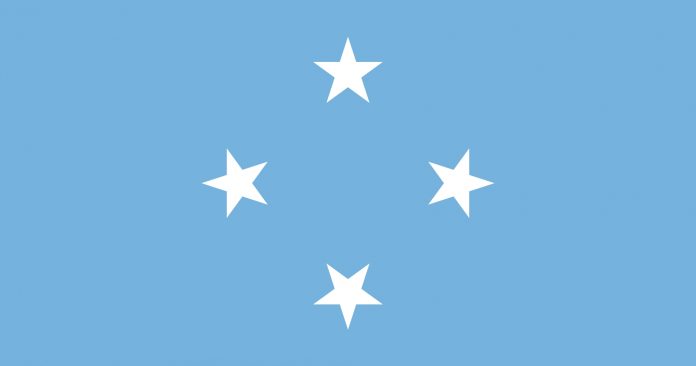 The FSM is comprised of Yap, Chuuk, Pohnpei and Kosrae.

The Federated States of Micronesia is an independent nation that has a compact of free association with the U.S. the FSM is comprised of four island groups, the states of Yap, Chuuk, Pohnpei, & Kosrae. They started out part of the trust territory of the pacific islands which was made by the United Nations to prepare islands for self-rule. The trust territory included the CNMI, Palau, the Marshalls, and what became the FSM.

Yap consists of a tight cluster of four main volcanic islands and several smaller outer island atolls. The capital, Colonia is on the main island, Yap. The Yapese are known for keeping many traditions alive. They still, on occasion, wear traditional clothing. They chew betel nut. They still value their ancient stone money.  These are large flat stone discs that were quarried 400 miles to the west in Palau well before European contact. Each stone’s value depends on the difficulty quarrying it and sailing it to Yap with canoes. The outer islanders speak languages completely different from main island Yapese.  Those from the outer islands like Satawal are great traditional navigators and can sail long distances in their sailing canoes without compasses or maps using only the stars winds and currents to guide them.

Chuuk consists of a cluster of 16 main inhabited volcanic islands surrounded by a single barrier reef known as the Chuuk lagoon, and 24 inhabited smaller outer island atolls. The Chuuk lagoon had a fierce reputation for attacking ships that entered their waters, so European ships stayed out for many years, but eventually missionaries and traders worked their way from the outer islands to the lagoon. in World War II Chuuk was a  major Japanese base. In a series of raids, U.S. carrier planes sank more than 60 Japanese ships. Today those wrecks attract divers from around the world.  Some of the outer islands of Chuuk, like Polowat, still retain their traditional sailing and celestial navigation skills, much like the outer island Yapese.

Pohnpei is a beautiful island with lots of rain.  Lots and lots of rain, about 200 inches per year. The FSM’s capitol is in the village of Pelikir in Pohnpei. Ponhpei is made up of one large volcanic island, and 8 smaller outer islands. The Pohnpeans like to drink sakau, known as kava in other parts of the pacific. Sakau is an important part of meetings and other cultural happenings.  Pohnpei is also famous for the mysterious ruins of Nan Madol, an entire city made from volcanic basalt stones quarried half way around the island. Archaeologists are still unsure of how they quarried and moved the stones, some weighing tons.

Kosrae, correctly pronounced ko-shy, is another beautiful island with lots of rain. It also has a basalt rock city named Lelu, similar to Nan Madol but with much smaller stones. They, like the Pohnpeians, also drank sakau traditionally. The island population was almost wiped out by diseases brought in by Europeans. However, European Christian missionaries helped them recover, but also made them give up traditional clothing and drinking sakau. Kosrae is also known as the island of the sleeping lady, because when looked at from a certain angle, the island looks like a lady lying on her back. In fact their creation legend has it that the gods formed the island in the shape of a woman.