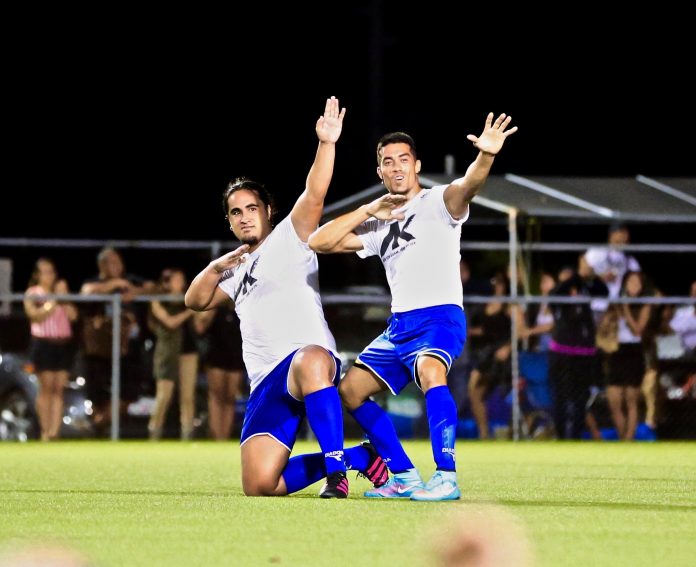 The rumors were true!

HARMON, GUAM – Members of the Rapa Nui delegation to the Festival of Pacific Arts made their way to the Guam Football Association National Training Center Wednesday evening for a friendly match against Budweiser Soccer League champions, Rovers FC.

The Rovers, coming off of the team’s recent championship victory at the Bank of Guam 9th Annual GFA Cup, stamped their authority early and finished with a 9-4 victory by the final whistle in front of a couple hundred spectators.

The Rovers FC amassed a 4-0 lead through to the final minutes in the first half before Rapa Nui was able to find the back of the net. A Rovers foul on the left wing set up a free kick opportunity for Rapa Nui just outside the 18-yard box, with Haumakanui Pakarati finishing the play with a header off the ensuing free kick for the 4-1 halftime score.

The teams played a closer second half, with the Rovers edging Rapa Nui 5-3 in the deciding half.

Rapa Nui later stole the show after the final whistle, performing a short routine for fans in attendance at GFA. Delegates also stayed behind to take a team photo and photos with fans.