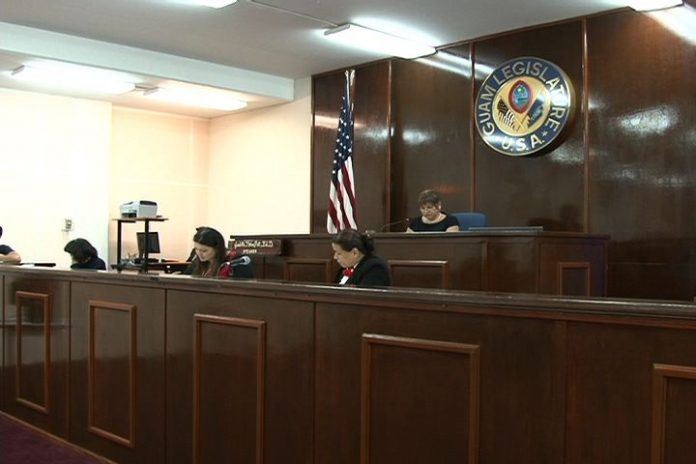 Debate continued today(Thurs.) over the FESTPAC committees request for additional funding for FESTPAC. The administration says the money is needed because they didn’t raise as much funds as they thought they would. The FESTPAC planners originally built a budget based on $13 million dollars but and OPA audit revealed that they are short by at least $1.1 million. The administration then sent down a bill requesting $1.5 million.

The Governor’s office told PNC on Tuesday that this $1.5 million didn’t even cover the $900 thousand requested by the Chief of Police for overtime for public safety agencies to provide FESTPAC security.

Senator Tina Muna Barnes then introduced a bill to appropriate $1.3 million for FESTPAC from an FY2015 Hotel Occupancy Tax surplus. this additional $1.3 million should bring the FESTPAC budget back up to about $13 million.

“Does the $13 million include the overtime for DPW, GFD and GPD?” asked Vice-Speaker BJ Cruz. “That wasn’t in the original budget that was passed in 2013 by the organizing committee for those agencies but we’ll continue to work with the front office and those branches to see what we can do to fund those areas,” said FESTPAC Committee Chairman Nate Denight. “So we keep talking about the $13 million and to stay within it. It does not include the overtime for those three?” asked Cruz. “To my knowledge I wasn’t at the committee at that time but reviewing the budget that was passed and the breakdown I didn’t see those items in there,” replied Denight. “But it is part of the operation of FESTPAC,” said Cruz.

Senator Rory Respicio wanted to be sure that this additional funding request is all that is needed for FESTPAC. “I don’t wanna be called back in and say that Speaker please call an emergency session because you have to authorize for overtime payment,” said Respicio adding, “If we have to be called back into session it’s very hard to articulate the narrative that Guam’s ready for FESTPAC.”

The FESTPAC chairman could not say for the record whether or not any additional funds are needed. “The reality of the situation is we are going to be back here because we haven’t fully addressed the entire amount of the FESTPAC festivities because you cannot say that the overtime is not part of the $7 million dollars,” said Senator Brant McCreadie. “I can’t really speak for the executive branch,” said Denight.

Budget Chairman Vice-Speaker B.J. Cruz is also concerned about the funding source that was identified for the $1.5 million. “I’m hoping that there is cash, real cash, real cash. Not advanced appropriations from 2017 and if you want to amend this to say they can spend any of the unreserved fund to pay for it then ok,” said Vice-Speaker Cruz.

The funding for FESTPAC remained at $1.3 million dollars when discussions ended on the bill. The bill was moved to the 3rd reading file.