The Guam leaf hut in the festival village was a hub of activity again with massive crowds huddling around to view the carving artwork/jewelry on display, video and digital photography along with the various demonstrations.

Although Guam didn’t send a canoe to this festival, the Traditions Affirming Our Seafaring Ancestry (TASA) organization sent one (1) member, Sandra Okada, who brought videos and an extensive digital photo collection documenting the seafaring society on Guam. Video footage was shown of the maiden voyage of the Saina, the Chamorro sakman (canoe) that sailed from Guam to Rota back in 2009 constructed by TASI (Traditions About Our Seafaring Islands) while photos were featured on a laptop of Guam’s ongoing efforts to revitalize and reconnect with the traditions of navigation and seafaring throughout the Pacific. It was also a great opportunity to meet and network with the Maori, Samoan and Tahitian seafarers that had sailed to Honiara and invite them to consider making the trans-Pacific trip to the Guam festival in 2016.

More show-stealing demonstrations were on display at the Guam leaf hut with Phil Sablan showcasing his tattoo artistry on a Solomon Islander. Guam is one of the seven (7) Pacific island countries featuring tattoo traditions at the festival, which include, Easter Island, French Polynesia, Hawai’i, New Zealand, Palau and Samoa. 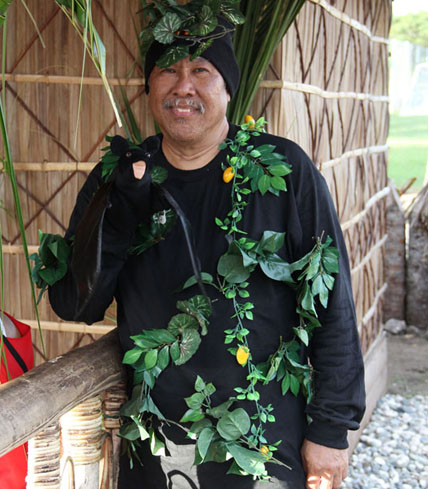 The festival is not limited to activities at the village but spread throughout various venues in Honiara and also satellite venues in other provinces outside the capital. Simeon Palomo coordinated Guam’s participation in the film festival and featured at the National Auditorium, the following films:

The group of folk and literary artists under the leadership of Señot Pedro Onedera, shared the Chamorro oral traditions of storytelling with various “Stories of Guam” at the Panatina auditorium to a captive audience. Joseph Leon Guerrero ended the presentation for the evening after presentations by Fiji, Niue, American Samoa, Solomon Islands and Taiwan. 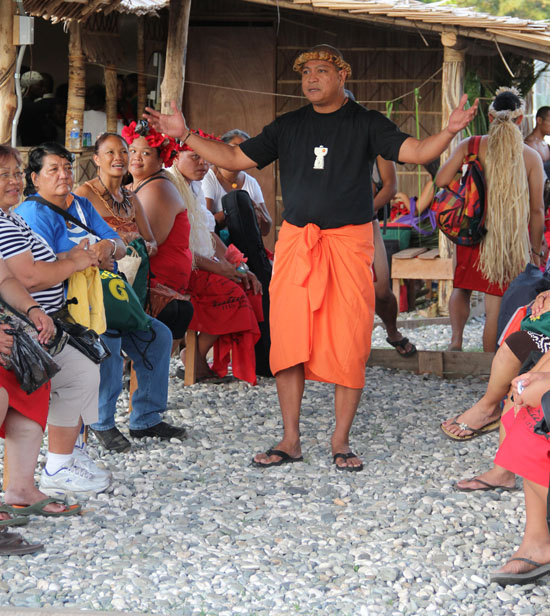 Guam’s Performing Arts På’a Taotao Tano had their second performance at the Lakeside Stage in the Solomons Village to a standing crowd of hundreds in the late afternoon. The stage was constructed especially for the Festival and it was has become a tradition, included a water feature of a man-made lake. 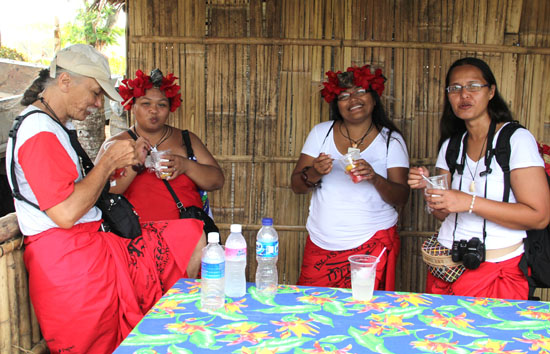