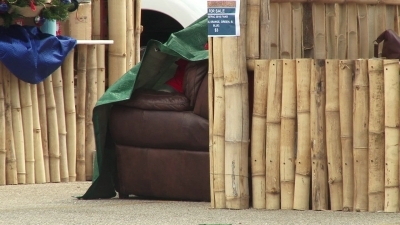 GEDA Administrator Jay Rojas shut down the vendor after he says they were repeatedly warned that they were violating the conditions of the rules they signed.

Guam – Rasta and company, the vendor who was kicked out of FESTPAC days before the event ended, is taking their fight to Governor Eddie Calvo asking for a written apology from Deputy GEDA Administrator Mana Silva Taijeron as well as reimbursement for loss of revenue.

Rasta and Company owner Vincent T. Concepcion, says his company suffered quote, “harassment, discrimination and crude unprofessionalism” by individual members of the FESTPAC committee and the Deputy Director of GEDA, Mana Silva Taijeron. Concepcion says his rights were arbitrarily denied without due process. In addition to an apology from Taijeron, Concepcion also wants reimbursement of his vendor fee, related expenses, theft of merchandise and full compensation for loss of business revenue.

Concepcion says Taijeron humiliated them by yelling at members of his family in front of children after Rasta brought on a musician to be able to increase traffic to their area. But GEDA Administrator Jay Rojas shut down the vendor after he says they were repeatedly warned that they were violating the conditions of the rules they signed.