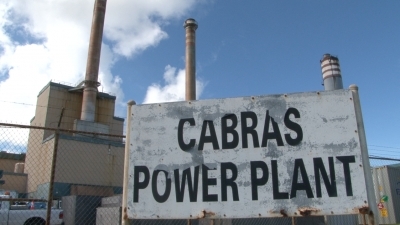 GPA said they follow all Guam and US EPA regulations for air/wind direction and permit requirements.

Guam – As at least six people recover from falling ill at the Port Authority of Guam yesterday, authorities are still trying to determine the source of their illness.

The Guam Fire Department announced that at around 4:30 pm, they received a call of multiple people being sick at the Port Authority. Of the six patients treated at the scene, two required further treatment at the Guam Memorial Hospital.

GFD initially suspected that exhaust fumes from the Guam Power Authority’s boiler stack from Cabras were to blame, but in a statement, GPA said they were operating within US and Guam EPA air/wind direction and emission permit requirements.

GFD conducted field tests which turned out negative for pollutants.

Port Authority GM Joanne Brown was on Newstalk K57’s Four Hour Phill today and talked about what their plan of action is going forward.

“One of the things that, moving forward, that there’s a need to do–because it came to light as a result of this incident–is the level of consistency of monitoring that needs to happen,” said Brown. “I know for the Port side, we’re gonna see what we need to do to facilitate monitoring on our end so that we also have information, our capability in knowing at any given time.”

Brown said all six individuals were Port employees and the two who were sent to GMH were crane operators.