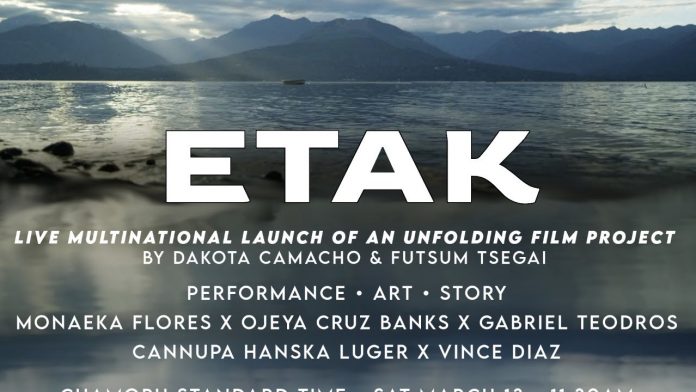 A CHamoru artist based in Seattle, Washington wants to showcase his film about cultural identity through traditional seafaring navigation.

“Etak is a traditional seafaring technology. It’s recognized in Micronesia both in the Carolinian islands but but also in Guahan, throughout the seafaring work and the contributions of a good collaborator and friend of mine, Jeremy Cepeda. I’m calling the film an untraditional Micronesian chant because for me, it’s a recitation of the genealogies of both my ancestral genealogy and the cultural and creative genealogy that have given life to my understanding of what it means to me be a CHamoru person at this moment in time,” Camacho said.

With Guam’s history of colonization, Camacho sees his film as a contribution of his perspective in terms of what healing is as an indigenous person and how this healing is connecting to Chamorro ancestral knowledge and bringing to life the practices of Inafa maolek.

The filmmaker and cinematographer of Etak is Futsum Tsegai, who’s Eritrean and also based in Seattle, Washington.

The full feature film is still in production.

The premiere will feature the movie trailer, a 3-minute preview of the film, and a 90-minute live zoom engagement of performances and story telling by Cannupa Hanska Luger, Moneka Flores, Ojeya Cruz Banks, Gabriel Teodros, Vince Diaz and Camacho himself.

ETAK is also supported in part by a Nation Performance Network (NPN) Documentation & Storytelling Fund grant which is supported by the Doris Duke Charitable Foundation.

Link for the video premiere and engagement is (https://tinyurl.com/letsetak)