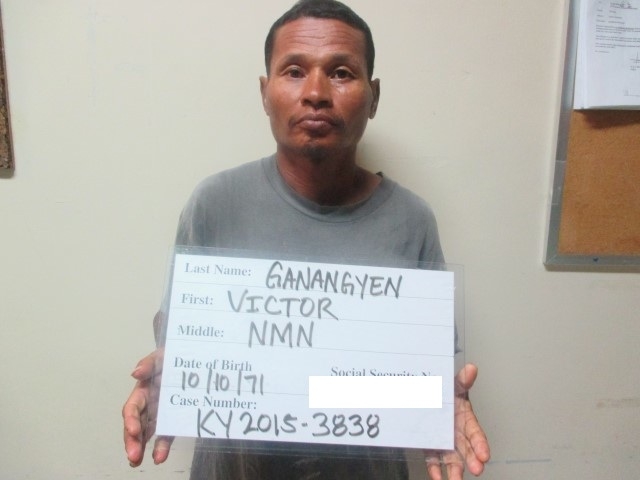 Victor Ganangyen’s fingerprints came up on the Automated Fingerprint Information System as a match to fingerprints lifted from the scene of a crime dating back to February.

Guam – Guam Police working the Automated Fingerprint Information System database were able to locate a suspect wanted in connection to a burglary dating back to February 2015.

Flickinger says Ganangyen denied being involved in the burglary, but because his fingerprints matched the fingerprints lifted from the crime scene, authorities moved forward with his arrest.

He’s accused of breaking into a home in Harmon on February 8 and taking off with a victim’s car. The stolen vehicle was then involved in a hit-and-run at the parking lot of Payless Supermarket in Yigo the following day.

Police say there were other suspects inside the car at the time of the accident, but they have yet to be located.

“Although it took a long time to solve this burglary, the Guam Police Department is working diligently in solving cases,” Flickinger said in a statement.