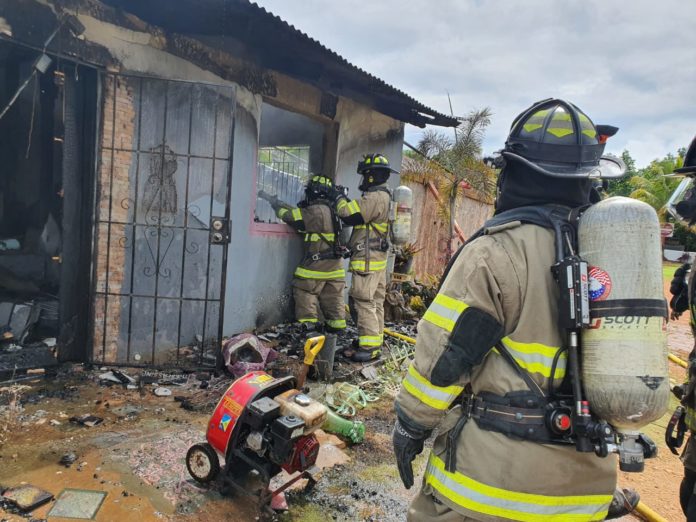 A house fire in Chalan Kilites in Astumbo injured one child and two adults this morning. 911 received the call at 9:37 a.m. and engine and medic units from the Guam Fire Department were on the scene two minutes later to extinguish the fire and treat the injured residents.

According to GFD Spokesperson Kevin Reilly, all three patients were taken to the Guam Regional Medical City to be treated for burns and smoke inhalation.

Reilly stated that the cause of the fire is unknown, but investigators are at the scene to determine the cause.