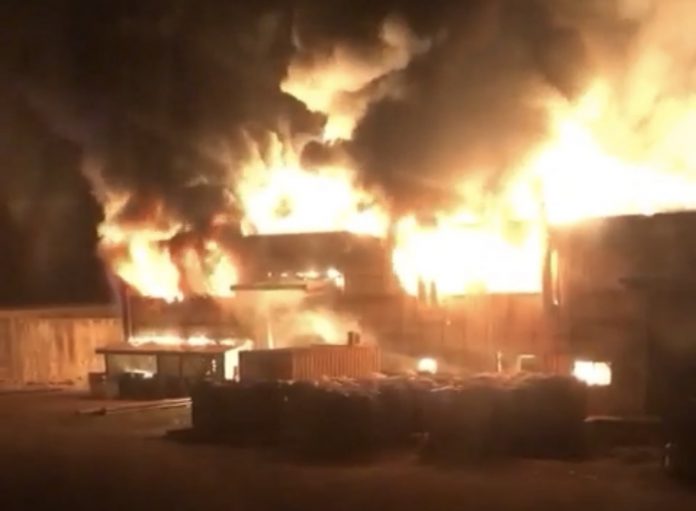 Guam – An early morning blaze in Harmon sent thick black plumes of smoke into the sky as firefighters worked for more than two hours to extinguish it before sunrise.

As the fire raged on, a passerby captured footage of the burning warehouse. As seen in a 13-second viewer submitted video, thick flames quickly escape from the entire warehouse, lighting the early morning sky orange.

Guam Fire Department spokesman Kevin Reilly says the fire was reported at around 2:20 a.m. at the Pacific Textiles warehouse. GFD was on scene within minutes and had the inferno under control in just a little over two hours.

Fortunately, no injuries have been reported but investigators are now working to piece together the details to determine how the fire started.

Pacific Laundry and Textile is a bulk laundry service and linen rental company.