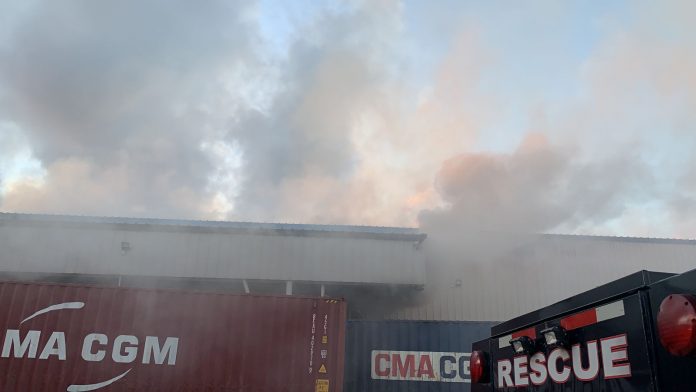 The Guam Fire Department responded to a 911 call at 4:39 am Wednesday morning reporting a structure fire on Guerrero Street at the Harmon Industrial Park.

Units arrived on the scene at 4:45 am

GFD spokesperson Cherika Chargualaf said it appears to be a warehouse fire.

The fire continued to rage throughout the morning.

By noon, GFD declared the fire as contained but said it was still in the extinguishment phase.

By news time late afternoon, white smoke could still be seen billowing from the fire.