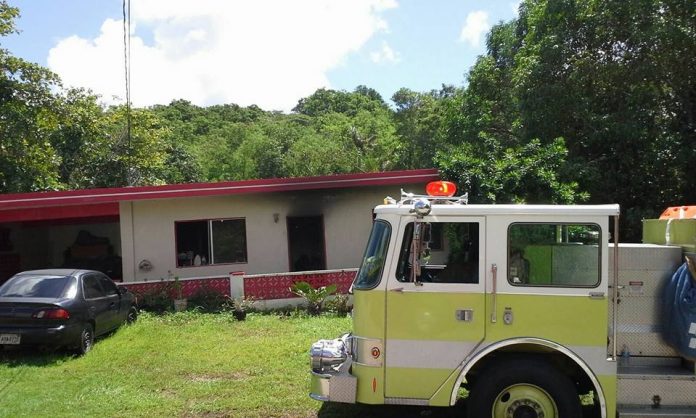 Two residents were able to escape a house that caught fire this morning thanks to the brave efforts of Guam firefighters.

Guam –  At about 9:35 this morning, Guam Fire Department units responded to a reported house fire at Pulantat Road in Yona. According to GFD PIO Kevin Reilly, the single story concrete home was occupied at the time of the fire but they quickly evacuated. Medics were on scene to evaluate the residents. Reilly says the fire damage is confined to the bedroom but there is smoke damage throughout the rest of house.