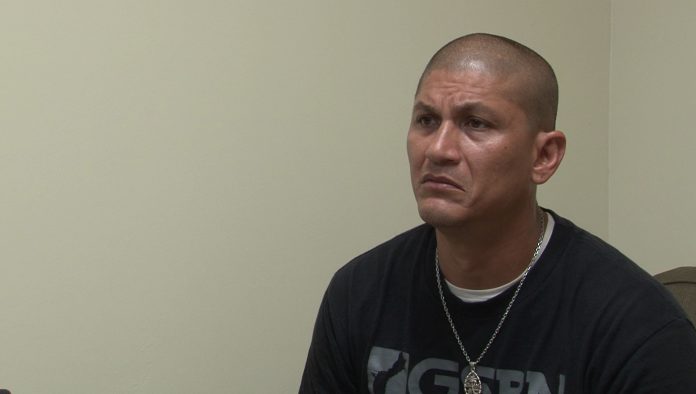 Benjamin Urquizu plans to file a complaint with the Department of Labor for alleged violations of the Fair Labor Standards Act.

Guam – The corrections officer who was fired last month as part of the investigation into the beating of prisoner Justin Meno is planning to file a complaint against DOC’s acting director Kate Baltazar who signed his termination papers.

GFD Union Representative Robert Koss, who represents former Corrections Officer Benjamin Urquizu says it’s been well over two weeks since Urquizu was fired from his job and until now he hasn’t been able to collect his final paycheck or access his retirement account.

Koss says in an email that Urquizu will be filing the complaint with the Department of Labor under the Fair Labor Standards Act which requires that employees who are terminated receive their final paycheck upon discharge.

Urquizu followed up with the Department of Administration this afternoon but was told that they still had not received the termination paperwork from DOC to be able to process Urquizu’s last paycheck. Koss says that it appears at this point “that the DOC Acting Director’s misconduct is intentional.”

Urquizu is the first corrections officer to discover a badly beaten Justin Meno at the max-security yard on March 29. He was fired for allegedly failing to follow proper protocol. Urquizu is appealing his termination with the Civil Service Commission.