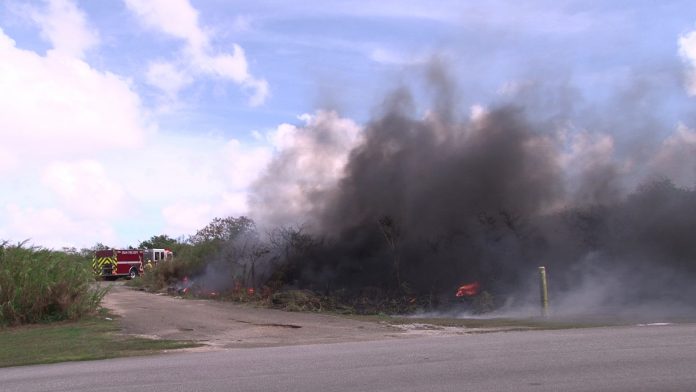 The Guam Fire Department was busy putting out fires from the northern to the southern end of the island.

Guam – Today was a busy day for Guam Firefighters as they battled five fires scattered throughout the island.

Quinene Road in Merizo, next to Wendy’s in Hagatna, along Route 3 near Okkodo High School, in Tiyan across the fire station and one near two lover’s point in Dededo.

Most of the fires were brush fires and the Guam Fire Department was able to extinguish them.

No injuries were reported.