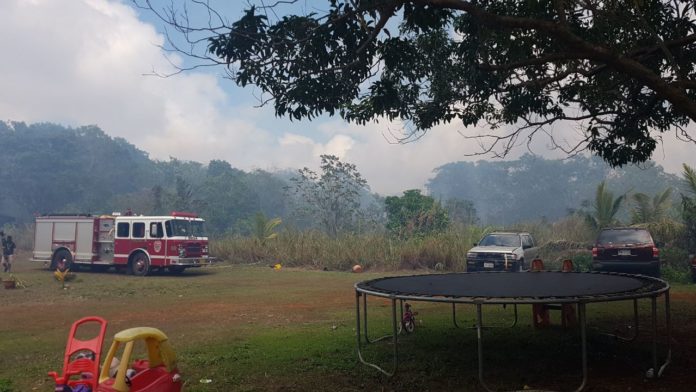 Guam – Firefighters have been busy battling fires for the last 24 hours.

Wednesday night, a fire was reported along Ysengsong Road in Dededo. Acting Fire Department Spokesperson Cherika Chargualaf says it was a structure fire reported at 6:11 p.m.

Then about three hours later, around 9:20 p.m., another fire was reported in the village of Yigo. Chargualaf said it was also a structure fire.

Today, firefighters were busy battling grass fires in the Okkodo area of Dededo. The first one was reported at 12:45 p.m. near the Okkodo pipeline and the Hahasu and Swamp Roads.

Down the road was another grass fire near the iLearn Academy which was reported at around 1:40 p.m.

The Guam Homeland Security has been issuing red flag warnings about the rapid spread of fire because of dry weather and strong winds. Residents are urged to take extra precaution.

No injuries were reported in any of the recent fires.