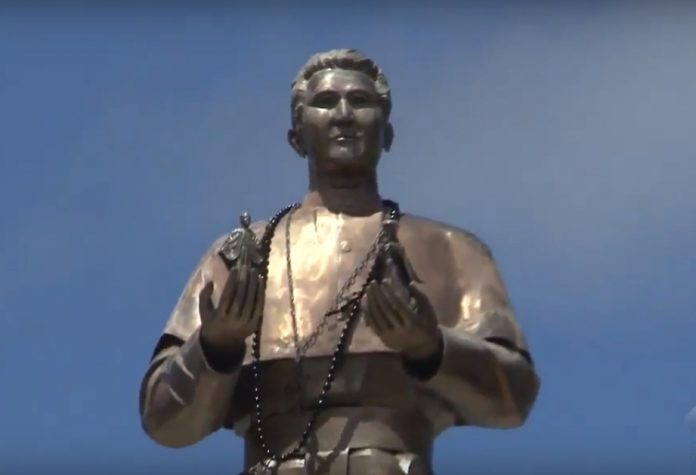 Archbishop Felixberto Flores is accused of exposing his private parts to a catholic school student.

Guam – It’s taken dozens and dozens of sex abuse lawsuits to be filed and, much to the shock of the catholic community, among those to be named as an alleged child molester is Guam’s beloved Archbishop Felixberto Flores, the first Chamorro archbishop of Guam.

With the late Archbishop Flores now named, this marks the third bishop with Guam ties to be accused of sexual abuse. The first was Archbishop Anthony Apuron who’s facing a canonical trial in Rome and then there’s retired Saipan Bishop Emeritus Tomas Camacho who once served on Guam as a priest.

This latest lawsuit against Archbishop Flores was filed by a 62-year-old man with the initials A.J.R. He says it happened at the old Agana Cathedral when he was 11 years old. A.J.R. says he had just come from using the restroom at the old cathedral when Flores instructed him to follow him to the rectory. While inside, A.J.R. claims Flores pulled up his robe and exposed his private parts to him then tried to pull A.J.R. closer to him. However, the 11-year-old kicked Flores in his groin and ran away.

“To have three brother bishops now accused is, it’s a shock to me and a grief really, that I don’t even know how to say. It’s more like kind of a grief, again especially for those who have been harmed,” said Byrnes.

You can read the lawsuit filed by A.J.R. and a statement issued by the archdiocese by clicking on the files below.