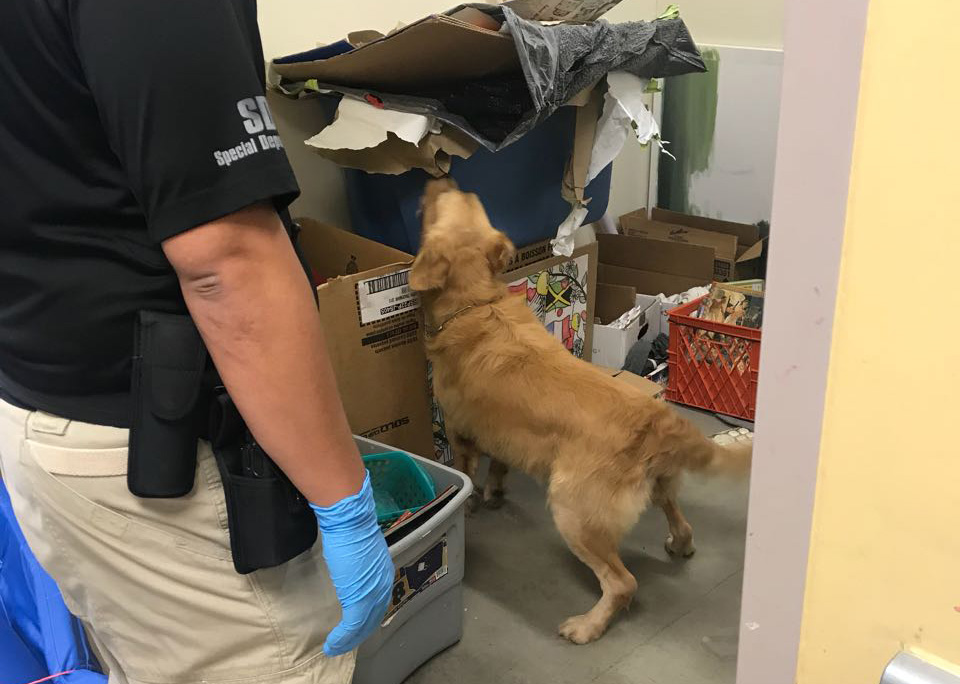 The Leon Guerrero Administration have announced that the First Pack of Drug Sniffing K9’s have arrived on island.

GCQA Director Ike Peredo stated and quoted, “We’ve got the first 4, and then we have additional funding to procure an additional 4, in which I’m probably looking at October.”

Moreover, the office of the Governor Report that the reason for the Canine’s isolation and quarantine is that their are waiting for clearance from the island’s territorial veterinarian.

The Dog’s, according to Peredo, will be teamed up officer’s who are specialized in K9 handling.

Furthermore, according to both Adelup and Peredo, the 4 canines, were brought in through a Charter Flight rather an a commercial airline due to restrictions that were set forth due to COVID.

Peredo adds, “Normally we’d just go through our normal carriers. But we’ve been working with United and they’re still looking at trying to assist our Agency in making sure they can lift the ban on moving…dogs onboard their carrier.”

Furthermore – the Leon Guerrero- Tenorio Administration report that they will use an additional $79,851 in federal funds for the purpose of carrying out the island’s FY 2020 Drug Detector Dog Unit Task Force Project.

According to Adelup, the over $70 thousand dollar funds will cover the acquisition of an additional 4 detector dos at $11,750 each, as well as money for rodent and pest control services for the entire DDDU compound and kennel area, quarterly preventive maintenance for cleaning, servicing, and repair of A/C’s for the kennel, mobile dog trailers, dog food and supply storage area.