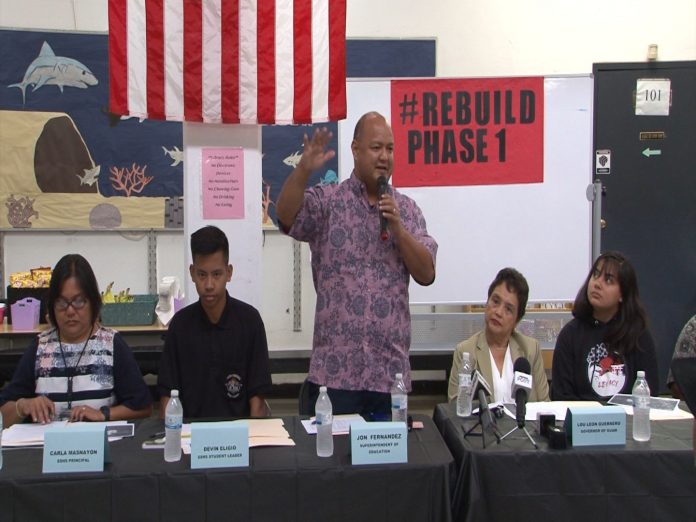 Guam Department of Education superintendent Jon Fernandez and Gov. Lou Leon Guerrero made the announcement before students, parents, and stakeholders.

Fernandez explained the project scope. “We need them to survey the property, the boundaries, what’s on the property, the topography, and produce those documents so the engineering firm that will complete the design will have that information to move forward in designing the school that we want here on campus.”

Starting April 25, the contractor will have 120 days to complete their survey of the campus. Approximately $95,000 was allotted for the survey’s completion, which will be a multi-step process that will involve documenting the area and determining the its elevation.

Surveys would have to be done after classes.

After the survey, GDOE will then move to Phase 2, which will involve contracting a vendor to aid in designing the new campus. According to Fernandez, students, faculty, staff, stakeholders, and alumni are welcome to provide input on the school design.

Fernandez said the community will be provided with updates about the rebuilding of the northern high school as it progresses.