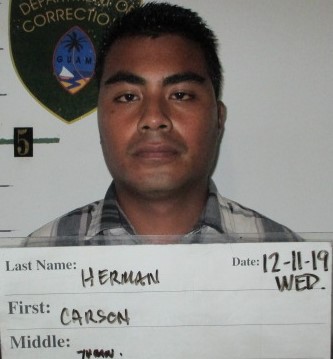 28-year-old Carson Herman will spend 120 days in jail for drinking alcohol and crashing into another car. The defendant was sentenced this morning by Presiding Judge Lamorena.

The defendant was heading north in Asan when he swerved into the oncoming lane and crashed into another vehicle, injuring two people.

Police officers who responded to the scene found an empty beer can that was still cold to the touch and half a bottle of vodka.

“When you drink and get behind the wheel, you put yourself and others in danger,” said Prosecuting Attorney Sean Brown. “The sentence imposed by the Presiding Judge took into
account the fact that people were hurt, even if this was the defendant’s first DWI offense.”