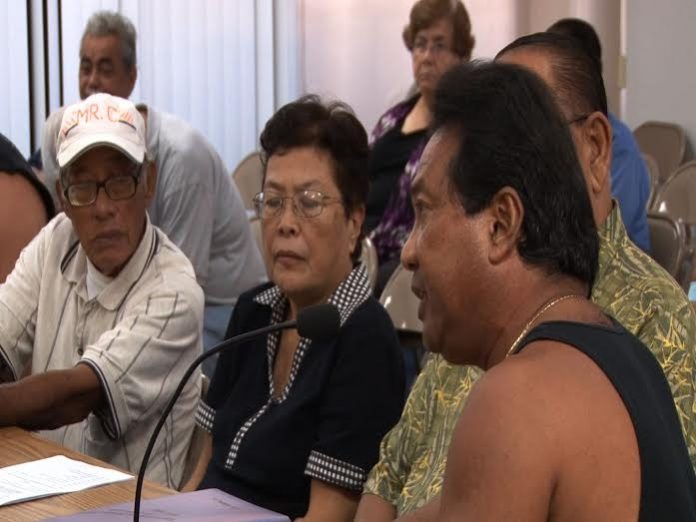 Some fishermen aired their concerns about the Guam Ocean and Fisheries Conservation Act of 2015 during a public hearing on the bill on Tuesday.

Guam – Senators had some heated debate over Senator Brant McCreadie’s Guam Ocean and Fisheries Conservation Act of 2015. During today’s public hearing some local fisherman came out to tesitfy in opposition to the measure.

“Madame chair I still object even if it’s duly noted. If it’s duly noted then we should at least discuss it because again I understand but we are presented with a bill and if there are any corrections that need to be made they will be made at the public hearing at which then the committee will come and add whatever reccomendations on top of everythying and still make the changes on the floor but right now it still seems impropper to say that we’re gonna hear both bills,” said Senator Jim Espaldon. However Senator Tina Muna Barnes opted to continue with the hearing.

Cathy Flores McCollum is concerned that this bill may ruin the efforts of indigenous fishing rights. “Bill 160-33 COR is a very precarious approach to indigenous fishing rights,” said McCollum adding, “Permit fees fair or too much? Who will be profitting?” McCollum also asked “When one profits from the sale of fish and is Chamoru should he be exempt from these permits and take the normal route of licensing for profit?” 3:20

Local fisherman Ronald Laguana testified against the bill. “I am in opposition of this bill currently because it allows the micromanagement of our fisheries resources to certain groups of individuals the council themselves,” said Laguana adding, “To allow me to pay fees and fines for regulatory purposes is an injustice.” Laguana is skeptical of the motives behind the bills. “Are they going to guarantee to regulate the coop? And this council is going to regulate these fees for those people or what about themsleves? Are they going to be waived for these council members these coop members?” said Laguana adding “I’m only fighting for the rights of the indigenous people and the future generations of our children and our Chamorus.” Laguana also asked for the hearing to be held after business hours as many local fisherman have told him they couldn’t make today’s hearing becuase they were working. “I suggest that you reschedule this to allow other fisherman to come out here because many of them are surprised about this,” said Laguana.

Meanwhile local fisherman Joe Chargualaf said he is in favor of the bill because it would help regulate the fishing industry. “The sooner this bill is worked on I think it would be for the benefit of the entire community on this island.”

At the beginning of the hearing Senator McCreadie told the public that he already had another version of the bill ready to be introduced based on a lot of the meetings he’s held with various stakeholders.