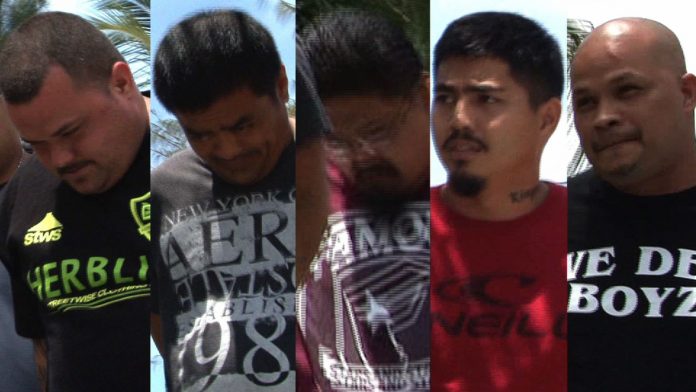 These are the men seen in the video that went viral on social media.

All five men were charged with Assault, Rioting, and Disorderly Conduct. They were booked and confined.

Tapao says this criminal case still remains open as special agents have yet to interview additional witnesses and suspects relative to the investigation.

The video of the riot went viral on social media. In the beginning of the video, a group of men in the cock pit are cursing and yelling at a few other men in the crowd. Then, a couple of those men were seen throwing objects at the crowd and within seconds, another group of men are seen punching and kicking one of the bystanders. Then smaller fights broke out in the crowd. One man was seen pulling another man to the ground while a group surrounded him. Then the camera pans to the right where the first bystander was again being punched.