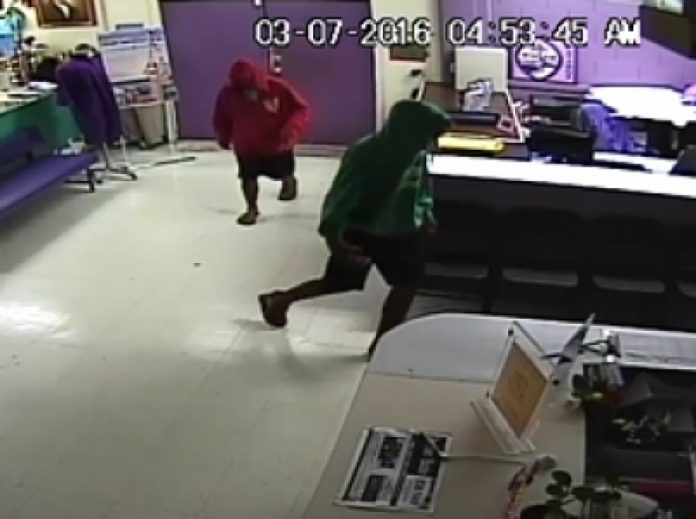 This brings a total of nine male students taken into custody.

Guam – Five more male minors are in custody for breaking in to and vandalizing George Washington High School.

This brings a total of nine male students taken into custody. According to Guam Police Department Officer Paul Tapao, all five minors were charged for multiple offenses, including Burglary, Theft of Property, Criminal Mischief and Curfew Violation.

All five are confined at the Department of Youth Affairs. On March 7th, the vandals hit a total of 13 classrooms and offices, four of which were covered in fire extinguisher chemicals. They also left the sink running in two of the classrooms.

The first four arrests were made on Friday March 11th. Tapao explains that the arrests were made possible through tips from the community and the student body. Police also believe that this group of individuals is responsible for previous burglaries to the school in January and February.