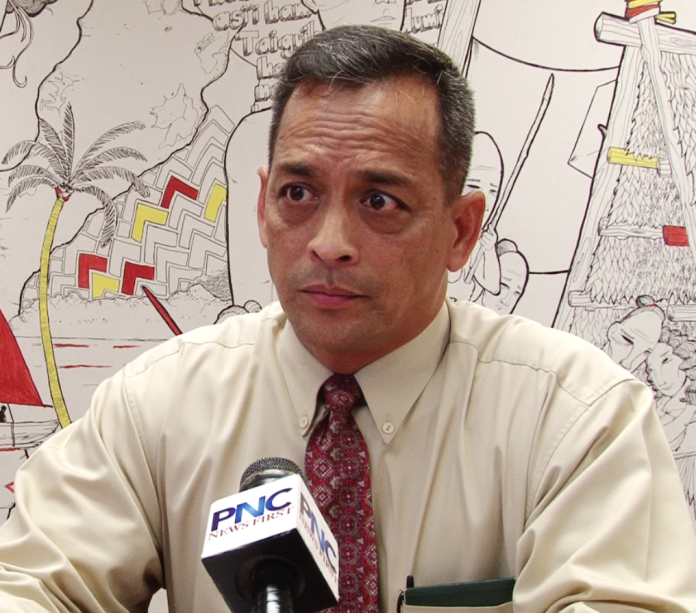 Guam – Guam’s write-in candidate is again the subject of public criticism, this time in the form of a criminal complaint filed by Troy Torres.

In his news release this morning, Torres says he filed his criminal complaint with the Attorney General’s office against the longtime legislator as a follow-up on an ethics complaint filed by Eslynn Meno on August 23rd. Both complaint filers cite Aguon’s alleged use of government funds to have then-senator Adolpho Palacios hire him and his son after his predicted loss in a 2010 bid for lieutenant governor. Meno and Torres also acknowledge the senator’s admission of the act during an interview on Newstalk K57 seven years ago.

Torres signs off: “While my motive hardly matters when compared to the actual commission of crime, I do hope that now that Mr. Aguon no longer is a political candidate this matter will be given the serious attention it deserves.”

A portion of Torres’ statement to the press is reproduced below:

“Today I forwarded to the Attorney General of Guam an ethics complaint against Senator Frank B. Aguon Jr. alleging violations of criminal statutes. The Ethics Complaint was filed at the Legislature but the committee that oversees this matter has refused to do a preliminary review of the allegations based on their standing rules.

I believe that allegations as serious as this should be reviewed by the appropriate authorities, but unfortunately the Legislature outright refused to do an initial review. The fact that the Legislature made their public statement rejecting a cursory review in less than 24 hours of the filing certainly made me think that maybe there is something that should be further explored. I am confident that the Attorney General will review this matter and take the appropriate action.”