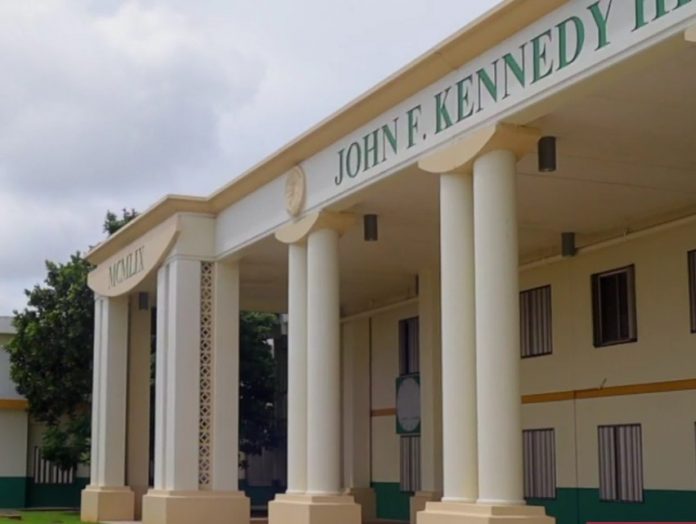 No students have been caught jaywalking from JFK to K-Mart.

As reported yesterday, students typically walk over to K-Mart because a handful of them are parked on the roof while others use it as a pickup point for their rides, especially for those who live north. Parents reference the long stretch of road they would have to drive southbound on Marine Corps before they would be able to make a U-turn to head north. They are nudged toward that decision, which is not an illegal action.

On Monday, Superintendent Jon Fernandez informed PNC that he would be reaching out to the Tamuning mayor and the Guam Police Department to address the issue. However, in an interview with K57’s Patti Arroyo, Tamuning mayor Louise Rivera said, “They didn’t call me about it.” She noted that she is in regular communications with school officials, but no one had informed her about the problem of students regularly jaywalking to reach K-Mart.

Superintendent Fernandez confirmed that they “weren’t able to forward the video to the mayor,” but notes that they had contacted the Chief of Police and the Department of Public Works. He also mentioned that they would be “working to see what they can do to improve the area” and that GDOE had asked “JFK to determine how to address [the issue] with more monitoring during dismissal.”

After dismissal, PNC headed to JFK to check up on the situation. The JFK principal could be seen on the premises with a bullhorn, coordinating foot traffic and asking drivers of illegally parked cars to drive farther down the road. Many ignored his direction.

On the topic of jaywalking, it seemed–for yesterday, at least–the situation has been remedied.