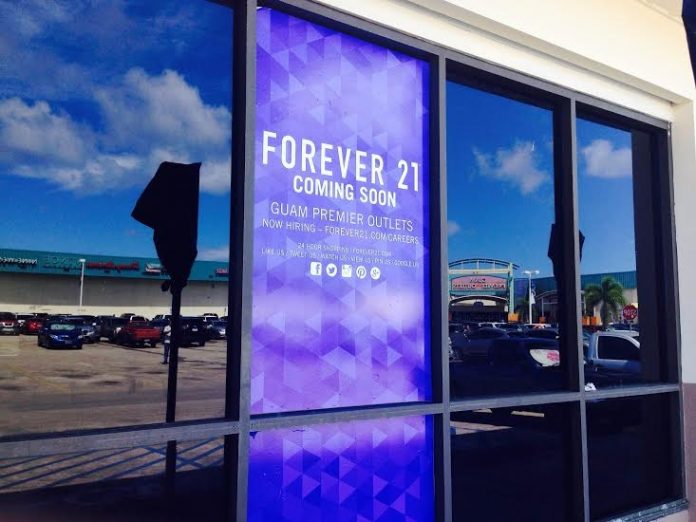 The Guam Premier Outlets and Forever 21 have officially signed off on a lease agreement.

Looks like we’ll be having a Forever 21 on island next year!

A release says the new space will offer customers of GPO a large selection of merchandise from women’s, men’s and children’s clothing in nearly 21,000 square feet of retail space.

“We look forward to opening the new store at Guam Premier Outlets and to bringing customers of Guam a unique shopping experience with a wide selection of fashionable merchandise at a great value,” said Patrick Delaney, F21 Real Estate Manager.

“There has been speculation in recent weeks that Forever 21 was going to open at GPO but today we are excited to make this official announcement on bringing this National tenant to GPO. We look forward to their opening next year,” said Monte Mesa, GPO General Manager.

Mesa says it took GPO more than a year to seal the deal with Forever 21 and he’s looking forward to getting even more brands to come to the island.

He says, “We continue to evolve here and continue to deliver the names and brands that customers are asking us to bring to Guam. So far, we’ve been fortunate to land a big one like Forever 21 and satisfy our local residents but also our visitor market as well.”

Forever 21 is expected to open in the second quarter of 2015. Forever 21 will be taking the place of California Mart, which has now moved nearby to the former Olympia Mart in Tamuning. GPO is also anticipating the opening of Jeans Warehouse Local Fever and Panda Express before Thanksgiving, just in time for the holidays.