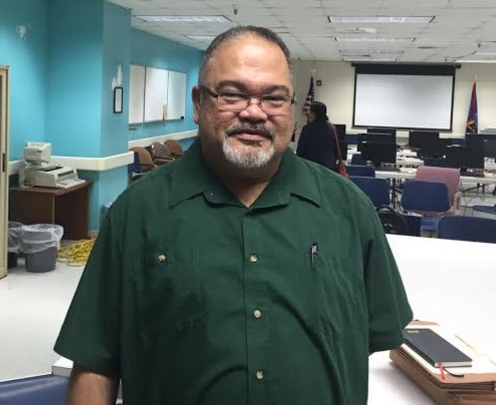 Camacho was introduced at a GMH leadership meeting earlier today. Camacho takes over GMH at a turbulent period. The hospital has seen numerous changes in recent weeks as the three hospital board members including chairman Lee Webber resigned. Then GMH administrator Ted Lewis resigned just a few weeks ago. Camacho tells PNC that he looks forward to working with the advisory team to take care of some of the issues plaguing the hospital, including the hospitals finances. Just two weeks ago both utility companies threatened disconnection of the hospitals water and power because of a past due bills. PNC caught up with Camacho right after his appointment to ask him about how he plans to deal with GMH financial issues.

“You know like I said, the advisory team has been doing a lot of work and you can never discount that. They’ve already been talking to the staff and coming up with their suggestions and their thoughts on looking at the processes we have in the hospital. And so we need to make sure all of those are considered, where they are appropriated and where they can be useful to us, we definitely will look at making those things happen,” said Camacho.

Camacho’s first day as administrator will begin on Monday.