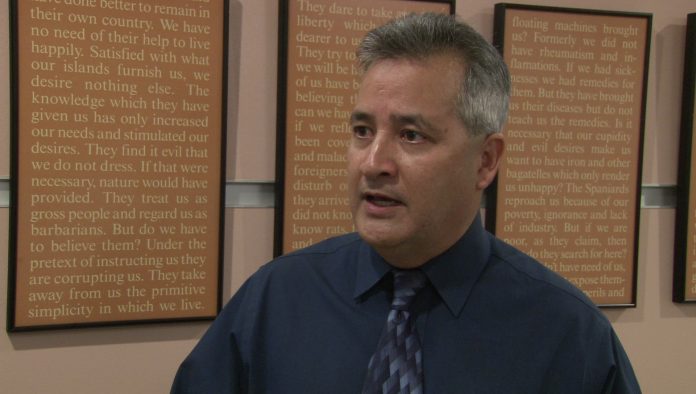 The Concerned Catholics of Guam, meanwhile, says Archbishop Hon’s message that the bill would destroy the church is nothing more than “fear mongering.”

Guam – There are differing opinions from experts on bill 326, a measure that seeks to lift the statute of limitations indefinitely and retroactively for pursuing civil claims on child sex abuse.

Former Attorney General Doug Moylan says the measure may not hold up if challenged in court while Concerned Catholics of Guam President Dave Sablan says other dioceses that have had to file bankruptcy as a result of similar legislation have bounced back.

Bill 326 seemed to breeze through the legislature smoothly. People testified in its favor and the measure passed unanimously last week during session. But now, at the eleventh hour, there is a push for the bill to vetoed by the governor. At the helm of that petition is Archbishop Savio Hon Tai Fai, the temporary administrator of the Archdiocese of Agana.

“In my opinion, this is fear mongering of the part of Archbishop Hon. Does he really look at us as being influenced by all this fear mongering that we’re just gonna blindly go and sign this petition after we supported the bill in the legislature. So it’s an insult to us for him to ask us to do this,” says Sablan.

Sablan says Archbishop Hon’s letter did nothing to address the concerns of catholics on Guam and in fact did the opposite.

“So is this really a lot of double speak? Is it really something he really is going to do because between when he said it and when the action is gonna take place, nothing much has happened,” he notes.

Despite strong testimony in favor of the bill, there are some genuine concerns from the community about the damage this bill could do on the church. There’s the financial damage it could do, says Moylan, but there’s also the moral damage that could be done.

“You destroy the catholic church and this court, in my opinion, will be–you’re gonna have more criminality occurring because you have less socialization from the institutions that the cahotlic church has ingrained in our community, whether it’s through baptism, going to your Sunday masses, going to catholic schools and getting that special education in theology,” Moylan points out.

There’s the legal aspect as well, says Moylan. Lifting the statute of limitations alone is a stretch, but to lift it retroactively, he points out, may have constitutional limitations. As a former Legislative counsel, Moylan says a legal opinion should be obtained first before the bill should be considered.

“That’s why I say the transaction costs are so important here because first, get your legal framework under control before you open up pandora’s box. You open up this, you’re gonna have potentially years of litigation in the Superior Court working its way to the Supreme Court. You’re gonna have all these attorneys fees, all the injury to our community; as opposed to ‘Let’s just find out if that’s even possible,'” notes Moylan.

Much like Archbishop Hon says in a letter he addressed to catholics on Guam last week, Moylan says there is a vast amount of social work the catholic church provides for the Guam community. If this bill destroys that resource, the government of Guam will end up having to shoulder that cost, says Moylan.

“If you look at it from a secular point of view, if we’re trying to have this government work our community, don’t be destroying parts of it that are important to our community,” he argues.

But Sablan believes the Catholic church will be able to rebound from such a catastrophe, if it were to even occur. He points to other dioceses in the US mainland that have suffered similar fates.

“In other words they had to pay everything out, they lost everything and they went into basically nothing,” explains Sablan. “Now these dioceses are flourishing. Why? Because the faithful now had renewed their faith in their clergy members and they cleaned out all of the bad apples in the clergy.”

“All they are looking at is we’re gonna lose everything. We’re gonna lose, financially, assets. Well what about the victims and the harm that was caused, the scars that are on their being? What about that? This is what we’re supposed to be paying attention to. Who cares about money? We are the people who built all these churches who provided donations to keep our church alive and if we have to pay for some of the shenanigans that have gone on with the clergy we’re willing to do that,” says Sablan.