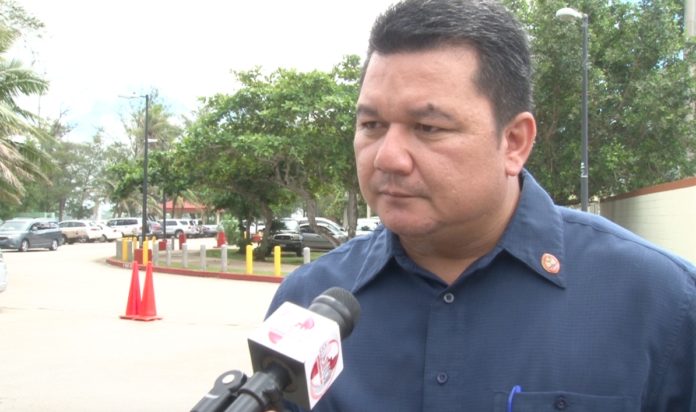 Guam – Former Governor’s Director of Communications Troy Torres is continuing to blow the whistle on the current administration. In a message sent out early this morning, he gave his account of an incident involving a sexual harassment complaint that dated back to 2011.

In it, he gives his account of a sexual harassment case brought before newly appointed Director of Customs and Quarantine Eric Palacios dating back to 2011, who was working at the Guam State Clearinghouse at the time.

Palacios was accused by Geraldine Castillo of making sexual advancements towards her. She had been working for the lt. governor’s office.

Torres says Palacios showed him several text messages he’d had with Castillo which were of a sexual nature. Torres says he counseled Palacios that, as a manager, he should have put a stop to any sexual advances. He further said the governor’s office should have reported the behavior after finding out about them.

Torres further claims that the result was that the accuser’s immediate supervisor, Natalie Quinata, became the scapegoat in the incident and was made to look like the person with the most responsibility in the matter for failing to report it to proper authorities.

At the time, however, Torres sang a different tune, and downplayed the accusations, stating that “there was no sexual harassment.” He added that there was nothing to report, and went so far as to call the accuser’s claims “sour grapes” as she had been terminated the previous year.

In a statement he made on the incident after the accusations became public, Torres said he’d consulted with governor’s legal counsel Maria Cenzon who is now a Superior Court judge. The two of them read the text messages and concluded there was no sexual harassment.

Castillo was a non-classified employee at the time of the alleged incident.

In addition to messages sent to the media and public servants over the weekend, Torres posted the mobile numbers of several people in the Calvo administration on social media, including those of the governor and lt. governor.

In both his social media post and the message this morning, Torres demanded that authorities return his wallet.

In a statement, Governor’s spokesperson Oya Ngirairikl said, “Troy’s statements and erratic behavior speak more about him than anyone else. This is not the Troy we know. We continue to pray for him.”

For her part, he woman who made the allegations against Palacios in 2011 is responding to Troy Torres’s allegations, confirming most of what Torres claimed.

Castillo moved off island four years ago and says she has no political ties to the island and was never contacted by Torres prior to making his allegations against Palacios involving her sexual harassment complaint.

And although Castillo corroborates Torres’ allegations, she clarifies that, “I never instigated or initiated any comments of a sexual nature with Eric. The messages originating from Eric were of an impliedly flirtatious, inappropriate nature.” This is in reference to Torres’ claim that “the messages were indeed of a sexual nature,” and that the Lt. Governor’s chief of staff believed the sexual advances came from Castillo and not Palacios.

“I’m so far removed from the politics and have no meaningful connections to anyone in office or trying to be. So whatever Troy’s agenda is, I am not a part of it,” says Castillo.

She goes on to say, “The only time I ever publicly spoke out about Eric was through my Facebook posts pointing out how he’s been appointed to head several local agencies but hasn’t proven the improvement of such an agency. So I wanted to point out that the people of Guam spoke when he wasn’t elected as a senator.”

Palacios also responded to the claims saying, “I stand by the resolution of this matter in 2011. This situation involves two former colleagues, was investigated, and no harassment was substantiated. We did apologize to each other, and we have not had any contact since. I hope she is doing well and I continue to wish her the best.”