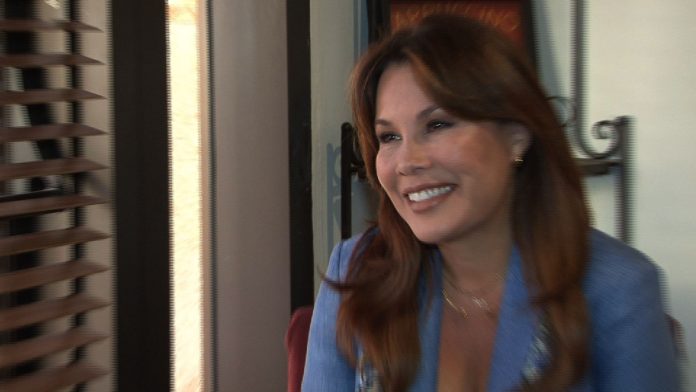 Guam – Longtime news anchor woman and journalist Ginger Cruz is back on island after being away for nearly 18 years.

“Well, I left in 99 and really just wanted to explore and see what other experiences were out there,” said Cruz.

That exploration led her to a job in the Clinton administration as Deputy Assistant Secretary of HUD under Andrew Quomo. In 2003, she became the Deputy Inspector General for Iraq reconstruction. “We did the audits and investigations and oversaw 62 billion dollars that the United States put into Iraq,” said Cruz.

Cruz did this for 8 years until she decided to leave the government and form her own company. Cruz is now the CEO of Mantid International a consulting firm that does work in the U.S., Lebanon and Iraq. “It’s a company that is the fixers. We are sort of the group that handles the foreign military sales. We support a lot of the programs that are fighting ISI, a lot of the defense contractors that are working in the middle east and supporting a lot of U.S. government and foreign government programs in defense policy areas,” said Cruz.

Cruz returned to the island for her high school reunion and although she’s just visiting it’s likely that Guam will see a lot more of Cruz in the near future. “I miss Guam really and coming back I think, I don’t know why I stayed away for so long. I think, because we get busy in life but being back now has really made it a lot more clear and I don’t know. I’m gonna have to find a way to stay involved because I really have to come back,” said Cruz.

Cruz is also interested in working with her contacts in the federal government to bring more federal resources to the island.  Could this mean a bid for elected office? Perhaps. “A couple of people have brought that up. You know there could be a good time to do that I think. I’ve had a lot of experiences that really, I think could contribute something back to the island and you know I am who I am because of Guam. All the things that I’ve been successful at have been really because of Guam. So, if there’s a way to give back and if there’s a way to do that with public service then maybe that could be on the horizon too,” said Cruz.

Cruz says she’s not sure exactly when she’ll be back but she definitely has plans to stay involved somehow with the island of Guam.