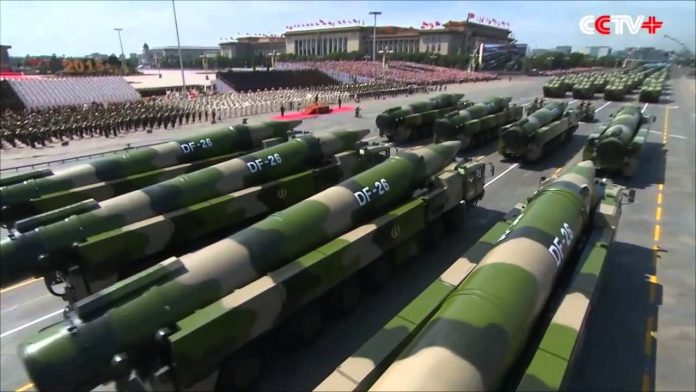 “You do not build a whole class of missiles to target one island,” said UOG Professor Dr. Michael Stoil.

Guam – A Former CIA analyst says that the so called “Guam Killer” missile is really meant for India and a recent congressional report that talks about a China threat to Guam over the Spratly Islands is really nothing more than a ploy to get more funding for defense contracts.

“You do not build a whole class of missiles to target one island,” said UOG Professor Dr. Michael Stoil. Dr. Stoil is a former analyst in who worked in various U.S. intelligence agencies including the CIA, DARPA, DIA, and the FBI. The UOG Professor says that the Guam Killer missile is a Chinese nuclear capable missile with a range of 1800 miles.

So why has it been dubbed the “Guam Killer”? “The reason of course they were called “Guam Killer” missiles is because someone looked at a map and took measurements and said oh look Guam is 1800 miles from China,” said Dr. Stoil.

The UOG Professor says the so called Guam Killer was more than likely developed for another target also 1800 miles from China. “India and China have had a series of confrontations recently including the largest and most serious Chinese incursion across the disputed border just last year. We don’t talk about it much but you’re talking about a country of 1.3 billion facing off against another country of 1.2 billion,” said Dr. Stoil.

In fact Dr. Stoil says China has had the ability to target Guam with nuclear missiles for at least 25 years. So why now is there so much attention to this missile? Recently a congressional report was released essentially saying that China was a threat to the U.S. and particularly Guam because of conflicts over the Spratly islands in the South China Sea.

“You notice it’s the time of the year for defense appropriations I could almost say that this is almost a marketing document rather than a serious report,” said Dr. Stoil adding, “the congressional report is more to sell new equipment to the United States than it is to actually document a new threat.”

Stoil says China is a significant potential threat to the United States in that it is a nuclear power and there is some conflict over the South China Sea and the Spratly islands. “But we also have two economies which are extremely closely tied together so that the level of conflict right now is far below anything which would approach that of a state war,” said Dr. Stoil.

Ultimately Dr. Stoil believes most of the recent conflicts between China and the U.S. are really over maritime dominance, something China is trying to boost with it’s claims of the Spratly islands.