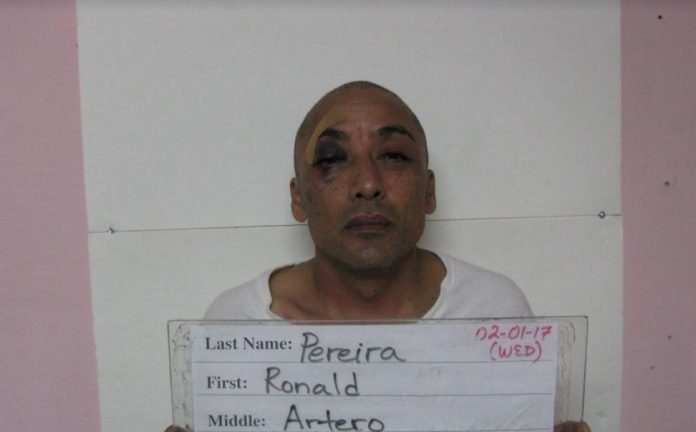 Guam – The former corrections officer serving three years in prison for drug possession is asking for a day off so that he can attend a funeral.

Ronald Pereira was busted back February 2017 for drug possession during a random search at the Department of Corrections. He was found with $27,000 worth of methamphetamine.

He later pleaded guilty in federal court and was sentenced to three years for providing contraband in prison and another seven months for possession of methamphetamine with intent to distribute.

Today, Pereira filed a motion for release, asking the court to release him for a day so that he could attend his aunt’s funeral. His attorney Jeff Moots assured the District Court of Guam that his client will “fully comply with all the terms imposed on him during his temporary release because he will be with his family for his aunt’s funeral services.” Y

You can read Pereira’s request here.